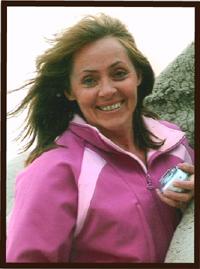 Cindy Lou Stevens, beloved wife of Sheldon Stevens of Medicine Hat, passed away on Tuesday, February 17th, 2015 at the age of 55 years. Cindy also leaves to cherish her memory her daughters, Janell (Blaire) Velichko and Ayralee (Byron) Martin, both of Medicine Hat; five grandchildren, Aidyn and Healy Martin, and Pryce, Aviana, and Kade Velichko; her mother, Betty Harrower; one sister, Carry (Bob) Cook; and her mother-in-law, Suzanne Stevens. Cindy was predeceased by her father, Leonard Harrower; and her father-in-law, Stan Stevens. Cindy was born in Calgary on December 3rd, 1959 where she was raised and received her education. She has battled cancer since 2008 and, during this time, attended Academy of Learning graduating with honours and receiving her PCA (Personal Care Assistant) Certification. Cindy worked as a PCA for a short time until she had a relapse where her courage and selflessness lead her to treatments following a clinical trial for ovarian cancer. The Funeral Service will be held at SAAMIS MEMORIAL FUNERAL CHAPEL, 1 Dunmore Road SE, on Saturday, February 21st, 2015 at 2:00 p.m. with Father Alphonse Narisetty officiating. In lieu of flowers, memorial gifts in Cindy\’s memory may be made to the Carmel Hospice, St. Joseph\’s Home, 156 – 3rd Street NE, Medicine Hat, Alberta, T1A 5M1. Condolences may be sent through www.saamis.com or to condolences@saamis.com subject heading Cindy Stevens. Funeral arrangements are entrusted to SAAMIS MEMORIAL FUNERAL CHAPEL CREMATORIUM & RECEPTION CENTRE, \”The Chapel in the Park\”, locally owned and directed. Should you wish any additional information, please telephone (403)528-2599