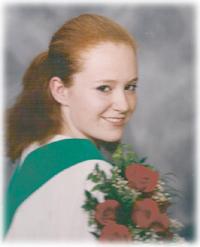 1984 ~ 2015
It is with heavy hearts that the family of Chelsea Dawn Barley announce her passing in Lethbridge, Alberta on Monday, March 2, 2015, at the age of 31 years.  Chelsea will be remembered by her dear daughter, Kylee;  parents, Cori and Bill Barley;  sister, Kara Barley and her daughter, Zoie Redding;  a brother, Dexter Barley;  grandparents, Harvey and Sheila Fraser;  close friend, Todd Kluthe as well as numerous aunts and uncles and their families.  She was predeceased by grandparents, Loreen and Frank Barley.  Chelsea was born in Winnipeg, Manitoba on February 14, 1984, a daughter to proud parents, Cori and Bill Barley.  She grew up in Manitoba where she attended school and spent many hours in the rinks playing ringette.  In 2001, the family moved to Medicine Hat where Chelsea attended Medicine Hat High School and graduated in 2002.  She was proud of her daughter, Kylee and loved her with all her heart.   Chelsea’s life will be celebrated in Portage la Prairie where she will peacefully rest.   (Condolences may be expressed by visiting www.cooksouthland.com)  Honoured to serve the family is Cook Southland Funeral Chapel, 901 – 13th Street S.W. Medicine Hat, Alberta T1A 4V4 Phone 403-527-6455