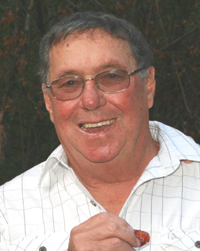 Werner Bruno Huhn of Medicine Hat, beloved husband of Betty Ann Huhn, passed away on Tuesday, March 10th, 2015 at the age of 81 years. Werner leaves to cherish his memory his three sons, Gordon (Wanda), Cory (Andrea) and Mark (Chantal); two daughters, Lisa and Lana (Troy); thirteen grandchildren, Kristin (Mitch), Brittany, Shayne, Terra, Nicholas, Finn, Sloane, Ayla, Jakob, Toryn, Ellie, Shyla, and Dreyden; two great-grandchildren, Zada and Brody; one sister, Rita Hancock; mother-in-law, Dorothy Dillman; as well as numerous nieces and nephews. Werner was predeceased by his first wife and numerous brothers and sisters. Werner was born in Bruno, Saskatchewan on January 30th, 1934 where he was raised and educated. He served for 25 years with the RCAF and finished his career in Eastend, SK where he worked for the Health Region, drove the ambulance and served as a town councilor. Werner enjoyed fishing, making sausage, restoring furniture and little red wagons, and spending time with friends, family and his grandchildren. He will be deeply missed and lovingly remembered by all. Vigil Rites (Prayers) will be said at SAAMIS MEMORIAL FUNERAL CHAPEL, #1 Dunmore Road SE, on Friday, March 13th, 2015 at 7:00 p.m. The Funeral Mass will be celebrated at HOLY FAMILY PARISH, 1451 Strachan Road SE, on Saturday, March 14th, 2015 at 12:00 p.m. with Father Philip Le, celebrant. A Private Interment will take place at Hillside Cemetery. In lieu of flowers, memorial gifts in Werner’s memory may be made to the Kidney Foundation of Canada. Condolences may be sent through www.saamis.com or to condolences@saamis.com subject heading Werner Huhn. Funeral arrangements are entrusted to