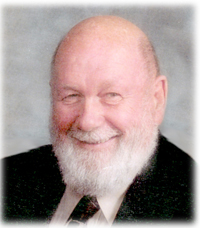 Walter Rose, loving and devoted husband of Blanche (Ramm) for 62 years, passed away peacefully at the Medicine Hat Regional Hospital on Tuesday, March 24, 2015 at the age of 86. Along with Blanche he leaves to cherish his memory his four children; Norton (Simone) Rose, Clare (Kathy) Rose, Vaughn (Camille) Rose and Lindsy (Ralph) Bonogofski; seven grandchildren; Schaun (Tracy) Rose, Wade Rose, Kaila Fischer, Shane Rose, Shyloh-Dawn Bonogofski, Josh Bonogofski and Chad (Chaylene) Demontigny; seven great-grandchildren; mother-in-law, Alice Ramm of Lumby, B.C., and many nieces and nephews. Walter was predeceased by his parents, Reginald (Rex) and Dorothy (Ellis) Rose; sisters, Nona Smith, Francis Needham, Helen Woolfe and Gene Gardner; brothers, Arthur, Reginald and Richard. Walter was born in Redcliff where he spent his early years. From there his family moved to their farm which was located between Redcliff and Medicine Hat. When Walter was 15, the family moved to Medicine Hat where he attended St. Teresa’s Academy and Alexandra High School. Following high school, Walter worked in the oil field, restaurant business and at the Ralston Experimental Station, attending to the animals while helping his dad on the farm. In 1953, he married Blanche Ramm. He left his job in Ralston and returned to work the farm when his father passed away. Several years later Walter and Blanche moved to Medicine Hat where they raised their family. Walter and his family were faithful members of Memorial Salem United Church. As a member of the Board of Stewards, and many of those years as Board Chairman and Trustee, Walter spent countless hours working hard to keep the church in operation until the amalgamation with Fifth Avenue United Church. He continued to be involved with the Church and, along with Blanche, helped to convene many of the traditional turkey dinners. He spent countless hours seeking donations and selling tickets. Walter was extremely proud of the accomplishments of his children and their families. Walter took great pride and delight in the Rose family tradition of Saturday night hamburgers at “Grandma and Grandpa’s”. Because of this, he is affectionately referred to as ‘Grandpa Hamburger’ by some of his great-grandchildren. We will all miss his quick wit and sense of humor. Special thanks is extended to the doctors and nurses in the Palliative Care Unit. Those wishing to pay their respects may do so at Cook Southland Funeral Chapel, 901 – 13 Street S.W., Medicine Hat on Tuesday, March 31, 2015, between 7:00 p.m. and 8:00 p.m. Visitation will also be offered at the church starting one hour prior to the celebration of Walter’s life which will be held at Fifth Avenue Memorial United Church, 476 – 4 Street S.E., Medicine Hat on Wednesday, April 1, 2015, at 1:00 p.m. with Reverend Blaine Schaufele officiating. Interment will follow at Hillside Cemetery. (Condolences may be expressed by visiting www.cooksouthland.com) In lieu of flowers, the family requests donations be made to Fifth Avenue Memorial United Church Memory Fund in care of Fifth Avenue Memorial United Church, 476 – 4 Street S.E., Medicine Hat, Alberta, T1A 0K9 or a charity of one’s choice. Honoured to serve the family is