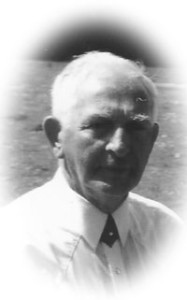 Hendrick (Hank) Winters of Birch Bay, AB passed away peacefully at Lacombe Long Term Care on Monday, March 30, 2015 at the age of 80 years. Hank was born in Holland and came to Canada in 1953 to Wayburn, SK. A year, later moved to Redcliff, AB. Hank and Kay were married in 1963 and moved to Calgary, then later in 1987, moved to Birch Bay Gull Lake. Hank is lovingly remembered by his two sons, Rob (Katherine) Winters, Doug Winters; 5 grandchildren; 6 great grandchildren; sisters, Klaas Sandbergen, Yopie (Ted) Kohlmetz, and Ann (Casey) Boutkan; brother, Henry (Pat) Winters; brother-in-law, Florus Bouman; sister-in-law, Pauline Winters and numerous nieces & nephews. Hank is predeceased by his wife, Kathleen in 2009; sisters, Heilt (Jan) Regelink, Margaret Bouman; brother, Egbert Winters; and brother in law, William Sandbergen. Cremation has taken place. As per Hank’s wishes, no formal service will take place but a Celebration of Hanks Life will be at Rob & Katherine’s home in Birch Bay on Saturday, April 11, 2015 at 2:00 p.m. Interment will take place at a later date in Medicine Hat. In lieu of flowers, donations in Hank’s memory may be made to: Dogs with Wings, 11343 – 174 Street NW, Edmonton, AB, T5S 0B7, a cause that was close to his heart. Messages of condolence may be left for the family at http://www.myalternatives.ca www.myalternatives.ca.