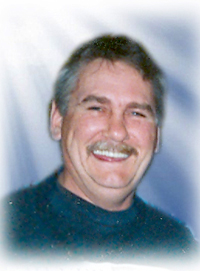 Mr. Harry Wutzke passed away peacefully with family at his side in Medicine Hat on Saturday, April 11, 2015, at the age of 63 years. Harry’s memory with be forever cherished in the hearts of his family including daughters, Kendra Klatt (Wyll) and Natalie (Kurt) Reid; grandchildren, Kole, Kayden and Sofia; mother, Esther; sisters, Sheila (John) Reeder, Pam (Garth) Ferguson, Monica (Mark) Weishaar; sister-in-law, Debbie, as well as numerous uncles, aunts, nieces, nephews and cousins. Harry had numerous friends that were a special part of his life, including Wilfred Scharfl (a.k.a. Schrapp), “more of a brother than a friend”. He was predeceased by his father, Howard as well as two brothers, Elroy and Raymond. Harry was raised in Suffield and Redcliff and eventually settled in Medicine Hat. He was known to family and friends by several nicknames including Zap, Zipperhead, Linus and Onus. Harry was known to tag each person he met with a unique nickname. In his younger years, he enjoyed hunting birds, however fishing and camping in the outdoors soon became his life long enjoyment. He loved to play the guitar, banjo and harmonica, especially jamming with family and friends. Harry thoroughly enjoyed watching his sports, a true fan of the Calgary Flames and loved a good game of scrabble. He was a very kind hearted and genuine person that would give the shirt off his back to anyone in need. Harry’s true passion was his welding. He could run a bead like no other and took pride in his workmanship and trade. Harry was a proud member of the United Association Local 496 for 39 years. The family would like to thank the UA Local 496 for their incredible support. A Celebration of Harry’s life will be held at Cook Southland Funeral Chapel, 901 – 13 Street S.W., Medicine Hat on Thursday, April 16, 2015, at 2:30 p.m. with Reverend Barrett Scheske officiating. A time of fellowship will follow immediately thereafter in the Cook Southland Reception Facility. (Condolences may be expressed by visiting www.cooksouthland.com) Honoured to serve the family is