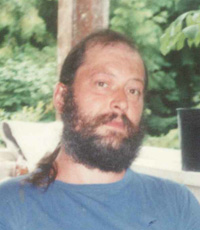 Terry Rasmussen passed away suddenly on Tuesday, April 7th, 2015 at the age of 63 in Passmore, BC.

Terry was born July 15th, 1951 in Medicine Hat, Alberta to parents Norm and Gloria Rasmussen. Terry was the eldest child of two including a sister, Trish.

He is survived by his wife of over 40 years Gwenyth Rasmussen and their two cats Lissa and Ruby. He is also survived by his mother Gloria Rasmussen of Bow Island, sister Trish (Peter) Putnam of Cochrane, AB, nephews Taylor, Marshall and Jordan Putnam as well as extended family and friends.

There will be no public service at this time. A wake will be organized with details to follow. Cremation has taken place in Nelson, British Columbia.

Online condolences may be expressed at www.thompsonfs.ca
Funeral arrangements are under the direction of Thompson Funeral Service.