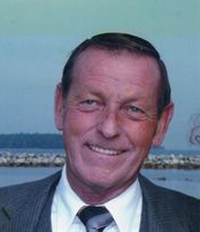 Joseph (Joe) F Egan 68, passed away unexpectedly at Knapp Hospital, Weslaco TX with his wife of 45 years Teresina (Terry) (McNeil) by his side. Joe was from a large family and predeceased by his parents Patrick Egan and Isabel Shaw of Glace Bay, NS and several brothers and sisters. He was in the Royal Canadian Armoured Corps for 25 years. When he retired from the military he returned to Medicine Hat. He enjoyed travelling, fishing and meeting people. He also enjoyed the friends that he made through his military and civilian career and kept in touch as much as possible. He was an active member of St Paul’s Church at Mother Teresa’s school. He was in charge of altar servers, a lecture, Eucharistic minister as well as opening the church. He was a member of Robertson Legion. Joe has been cremated and a funeral service will take place at Holy Family Church, Strachan Rd SE, on 21 May 2015 at 11:00 AM with Fr. Phillip Le officiating. A poppy service will be done by the Legion. As an expression of sympathy donations may be made to the ALS or Heart and Stroke.