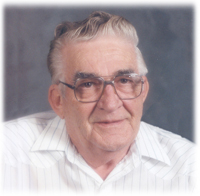 It is with deepest sorrow we announce the passing of Marvin Phillip Maser on Thursday, May 21, 2015. Marvin leaves to cherish his memory his loving wife of 60 years, Catherine; four children, Brenda (Wally) Garrioch, Debbie Saville, Duane (Linda) Maser and Candy (Dean) Romeril; nine grandchildren, Andrea Garrioch, Robin (Heather) Neufeld, Victoria Saville, Layne Saville, Jonathon Maser, Matthew (Dawn) Maser, Jasmine Maser, Sara Romeril and Amy Romeril; five great-grandchildren; one sister, Viola Rinke as well as numerous nieces and nephews. Marvin was predeceased by his parents, Phillip and Paulina (Rath) Maser; three sisters and their spouses, Frances (Walter) Mund, Lavene (Clarence) Pisko Boschee, Shirley (George) Doktor as well as brothers-in-law, Fred Rinke and Phillip Flaig. Marvin was born on October 18, 1931, on the family farm west of Irvine, Alberta and delivered by his 15 year old Aunt Mary. He grew up on a farm east of Irvine and graduated from Irvine School. After graduating, he went to work for the CPR Signal Department. He met his future wife, Catherine, when he went on a double date with his best friend who was courting his future wife, Cathy’s sister. It was after Cathy finished Teacher’s College and started working not far from Walsh that they got together and married on August 21, 1954, in Maple Creek, Saskatchewan. Soon after they moved into Medicine Hat and started their family. Marvin worked many years for Ed Sept and Sons and trained as a refrigeration and air conditioning service man. In the early 70’s, he stepped out on his own and opened Maser’s Appliance Service. Marvin always made sure that the family went on a vacation of some sort – two memorable ones were when he took his family to Expo 67 in Montreal and then to Disneyland in 1971. In 1974, he sold his business and went farming near Murray Lake. They sold that farm and bought another one closer to Medicine Hat where they had their dream house built. Marvin was a 43 year member of the Moose Lodge and a 47 year member of the Fraternal Order of Eagles. He managed the Eagles Club for a number of years and enjoyed the lifelong friendships he made there. As Marvin’s health failed, they moved into Medicine Hat where he enjoyed total retirement that consisted of spending the winters in Arizona and spending time with his family in the summers. He lived his life to the fullest, loved his family with everything that he was and always enjoyed a good laugh or even playing a joke. Pappa will be missed by us all. The family wishes to express their gratitude to Alberta Health Services Home Care and to the staff at Medicine Hat Regional Hospital for all the care they provided over the past few years. Those wishing to pay their respects may do so at Cook Southland Funeral Chapel, 901 – 13 Street S.W., Medicine Hat on Sunday, May 24, 2015, from 2:00 p.m. to 3:00 p.m. and again one hour prior to the funeral service. The Funeral Service will be held at Cook Southland Funeral Chapel on Monday, May 25, 2015, at 2:00 p.m. with Life Celebrant Gerry Getz officiating. Interment will follow at Hillside Cemetery with a luncheon and fellowship thereafter in the Cook Southland Reception Facility. (Condolences may be expressed by visiting www.cooksouthland.com) If you so choose, donations may be made to the charity of your choice. Honoured to serve the family is