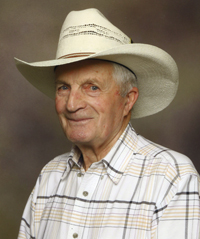 It is with heavy hearts that we announce the passing of Fred Wittig, beloved husband of Gayle Wittig, in Palliative Care at the Medicine Hat Regional Hospital on Sunday, June 7th, 2015 at the age of 80 years. His memory will be forever cherished by his children, Karen (Rod) Ristau, Jenelle (Joe) Jangula, and Owen (Janet) Wittig; four grandchildren, Cole (Candice) Ristau, Paige Ristau, Lane Ristau, and Chelsea Wittig; one precious great-granddaughter, Casey Ristau; three step-grandchildren, Chris Jangula, Lee Jangula, and Crystal (Earl) Fraser; two step great-grandchildren, Parker and Lindin; one sister, Gladys Dieterle; three sisters-in-law, Sharon Yeast, Judith Sept, and Joyce Wittig; one brother-in-law, Bill Yeast; as well as numerous nieces and nephews. Fred was predeceased by his parents, George and Esther Wittig; his in-laws, John and Margaret Sept; his sister, Marlene Haas; his brother, George Wittig; and two brothers-in-law, Clarence Dieterle and Ron Haas. Fred was born and raised in the Burstall District where he met and married his wife of 55 years, Gayle, in the winter of 1959. They started their first year of marriage on the Conrad Schultz farm before moving to the A.K. Walker or Jacobsen Ranch in the fall of 1960. Fred and all his family took part in his operation raising Simmental and Hereford cattle and quarter horses as well as grain farming. Fred’s love was the ranch. He enjoyed 48 years of ranching and then Gayle and Fred retired to Medicine Hat enjoying retired life with a coulee view. Fred continued to drive back and forth to Burstall to help with the farming. During their time in Burstall and Medicine Hat, they supported their grandchildren by attending sporting events, concerts and graduations. Each one had a special place in his heart and he was so proud of their individual accomplishments. Fred will be greatly missed by his family and all who knew him. A special thank you is extended to the Palliative Care nursing staff for their compassion and support. Those wishing to pay their respects may do so at SAAMIS MEMORIAL FUNERAL CHAPEL, #1 Dunmore Road SE, on Friday from 7:00 to 9:00 p.m. and on Saturday from 10:00 a.m. to 12:55 p.m. The Funeral Service will be held at SAAMIS MEMORIAL FUNERAL CHAPEL on Saturday, June 13th, 2015 at 1:00 p.m. with Dr. Shane Andrus officiating. A Private Interment will follow at Hillside Cemetery. Memorial gifts in Fred’s memory may be made to Medicine Hat & District Health Foundation, Palliative Care Unit, 666 – 5th Street SW, Medicine Hat, Alberta, T1A 4H6. Condolences may be sent through www.saamis.com or to condolences@saamis.com subject heading Fred Wittig. Funeral arrangements are entrusted to