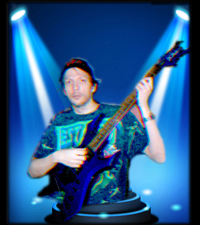 It is with heavy hearts that the family of Dallas Kelvin Skoblack of Medicine Hat, announce his passing on Saturday, June 27, 2015 at the age of 39 years. His memory will be forever treasured in the hearts of his parents, La Rene Skoblack and Vince Ross as well as three brothers and two sisters. Dallas was predeceased by his father, Stephen Skoblack. Those wishing to pay their respects may do so at Cook Southland Funeral Chapel, 901 – 13 Street S.W., Medicine Hat on Tuesday, July 7, 2015, from 12 noon 12:50 p.m. The Graveside Service will follow at Hillside Cemetery at 1:00 p.m. with Pastor Bob Findley officiating. If friends so desire, memorial donations in Dallas’ name may be made directly to the S.P.C.A., 55 Southwest Drive S.W., Medicine Hat, Alberta T1A 8E8.

(Condolences may be expressed by visiting www.cooksouthland.com) Honoured to serve the family is