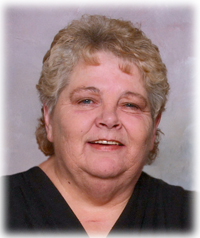 Lenore May Pettapiece (Ganyo) age 63 of Redcliff, AB. and formerly of Moose Jaw, SK., passed away peacefully while surrounded by her family at the Tom Baker Cancer Clinic in Calgary, AB. on Tuesday, August 11, 2015. Lenore was born on October 21, 1951, in Moose Jaw, SK. to the late Lester and Katherine Ganyo. Lenore is survived by her husband, Doug Pettapiece; three children, Kathy Ganyo (Rod), Shari Bowey (Mark) of Redcliff, AB. and Leslie Smith (David) of Lethbridge, AB.; one brother, Pat Ganyo of Swift Current, SK.,; three step-children, Karen Barrows (Willie) of Orlando, FL., Jerry Dubois (Susan) of Jasksonville, FL. and Tracey Pettapiece (Jim) of Swift Current, SK.; eleven grandchildren, Tavia, Akeda, Haley, Tayla, Russell, Avery, Mike, Douglas, Kelsie, Amber, Tracey; three great-grandchildren, Chanel, Mea and Zak. Lenore also leaves behind many caring relatives and friends. The Funeral Service will be held at Cook Southland Funeral Chapel, 901 – 13 Street S.W., Medicine Hat on Saturday, August 15, 2015, at 11:00 a.m. (Those wishing to pay their respects may do so beginning one hour prior to the service from 10:00 a.m. to 10:55 a.m.) Interment will follow at the Redcliff Cemetery with a luncheon to follow thereafter at the Redcliff Senior Centre. (Condolences may be expressed by visiting our website at www.cooksouthland.com) Honoured to serve the family is

One Condolence for “LENORE PETTAPIECE”