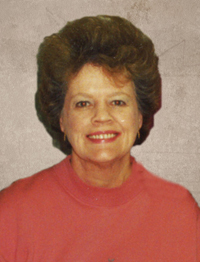 Sharon Louise Howe-Cunningham, beloved wife of John Cunningham of Medicine Hat, passed away on Monday, November 16th, 2015 at the age of 70 years. Sharon also leaves to cherish her memory her mother, Muriel Howe; two brothers, Neil Howe and Guernald Howe; two sisters, Wendy Howe and Marie Kennedy; and her beloved cat, Mr. Boone. Sharon was predeceased by her step-father, Edward Howe. Sharon was born on January 26th, 1945 in Vancouver. As a young girl she moved to various places including, Vermont, Fort St. John, Guelph and Cambridge. She worked as an Office Manager and was a counselor in Ontario for almost 20 years. After her step-father’s passing, Sharon returned to Kelowna to be closer to her mother. Sharon met John on the internet and they were married on August 3rd, 2009, settling together in Medicine Hat. She enjoyed gardening and walking in the coulees when she could. Sharon also enjoyed playing the piano and was a devoted Christian attending regular Bible Study and working in the Prison Ministry in Penticton, British Columbia. The Funeral Service will be held at RIVER VALLEY COMMUNITY CHURCH, (formerly Christ the King Assembly), 1101 Queen Street SE, on Saturday, November 21st, 2015 at 11:00 a.m. with Pastor Mark Borrows officiating. Interment will take place on Saturday at 10:00 a.m. at Hillside Cemetery; those wishing to attend please meet inside the cemetery gates at 9:45 a.m. Memorial gifts in Sharon’s memory may be made to SPCA, 55 Southwest Drive SW, Medicine Hat, Alberta, T1A 8E8. Condolences may be sent through www.saamis.com or to condolences@saamis.com subject heading Sharon Howe-Cunningham. Funeral arrangements are entrusted to