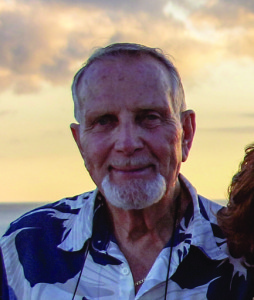 On Monday, November 30th, 2015, Ron went to be with his beloved daughter, Debbie. Ron is survived by his loving wife of 60 years, Mary; one daughter, Rhonda (Brad) Pearson; two sons, Mark Torgerson and Len Torgerson (fiancée, Lynzey); seven grandchildren, Kara (Dave) Clarke, Scott (Janine) Mastel, Jessica Mastel, Jennessa Torgerson, Jamie Torgerson, Ryder Torgerson and Stephanie (Anthony) Kerr; four great grandchildren; one brother, Carl (Helina) Torgerson; two sisters, Cathy (John) Sutter and Nattacia (Jurgen) Mantei; one sister-in-law, Melinda Torgerson; and Shelly Prins, who was like a daughter to him; and numerous nieces and nephews. Ron was predeceased by his daughter, Debbie Torgerson; his parents, Harold and Jessie Torgerson; and one brother, Randy Torgerson. Ron was born in Medicine Hat, the only child of Jessie Bailey and Harold Torgerson. He lived in Foremost for the first 6 years of his life. They then moved to Lethbridge for 3 years before moving to Medicine Hat in 1945 where he had lived ever since. When Ron was in high school in 1953 he worked at the Assiniboia Hotel as a bellhop where he met celebrities such as Jean Audrey, Duke Ellington, Slim Pickens to name a few. Ron and Mary were high school sweethearts and in February 1955 they were married. They then moved to Foremost where he worked for Medhurst Drilling for a year then moved back to Medicine Hat and started working for the railroad where Ron and Mary started their family; Debbie in December 1956, Rhonda in August 1958, Len in September 1961 and Mark in July 1969. Ron worked for the railroad in the yard from 1956 to 1966, the last 7 years as a Yard Foreman. He then went to work for the City Gas Production Department working on the City’s drilling rig in the summer and as a labour in the winter and after about 3 years he was promoted to a crew chief. Ron went back to school taking a 4 year Gas Technology correspondence course. In about 1976, Ron was promoted to Gas Production Superintendent, a position he held until he retired in 2001. After his family he really enjoyed all sports especially golf, curling and baseball. He had won golf tournaments and club championships at Connaught, Redcliff and Brooks Golf Clubs and at the Medicine Hat Golf and Country Club where he had been a member for over 30 years having a hole-in-one in 1993. Ron curled for many years being on a team scoring an eight ender in 1972. When his son Mark was around 9 years old his son Len and he coached the Medicine Hat Oilers little league baseball team, winning the city championship in 1979. Ron, Mary and the children spent many days camping at Elkwater, starting out tenting, then a small trailer and finally a motor home which they took on many trips around Alberta, USA and British Columbia going to Vancouver for Expo 1986. The love of Ron’s life was his wife, children and their siblings who he was so proud of. The Funeral Service will be held at Saamis Memorial Funeral Chapel, 1 Dunmore Road SE, on Saturday, December 5th, 2015 at 11:00 a.m. with Gary W. Goran officiating. Interment will follow at Saamis Prairie View Cemetery. Immediately following the interment service, you are further invited to share the day with Ron’s family at the Medicine Hat Golf and Country Club for a time of fellowship. In lieu of flowers and in the spirit of Ron Torgerson, we would ask that you give a random act of kindness to someone less fortunate than you. Condolences may be sent through www.saamis.com or to condolences@saamis.com subject heading Ron Torgerson. Funeral arrangements are entrusted to