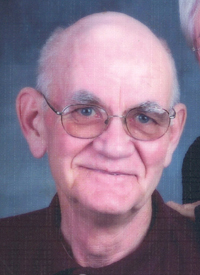 Wilfred “Wilf” Alan Rapson of Bow Island, beloved husband of the late Dorothy Rapson, passed away on Monday, December 28th, 2015 at the age of 82 years. Wilf leaves to cherish his memory his children: Lorne Rapson and his children, Graham and Layne (Josh); Kim (Ron) Goertzen and their children, Justin (Misty) and their daughter, Shae, and Aaron (Alex); Barb Cote-Parisien (deceased) and her children, Nathan (Marcy) and their children, Lyle, Robin and Courtney, and Angela (Tim); Val (Jim) McLellan and their children, Brooks, Bret, and Bailey; Susanne (Randy) Hammel and their children, Stephanie and her son, Marcus, Kayla (Darren) and Matthew (Rochelle); one brother, Don (Eve) Rapson; as well as numerous nieces and nephews. Wilf was predeceased by his wife, Dorothy in 2011; his parents, Earl and Olive; two daughters, Barb Cote-Parisien and Angela Rapson; one grandson, Corey Sirovyak; three brothers, Jim, Chuck, and Ken; and two sisters, Hazel and Marie. Wilf grew up in Southern Alberta and moved to Medicine Hat where he met Dorothy. They were married on November 25th, 1953 in St. Michael’s Roman Catholic Church in Bow Island. They lived in Medicine Hat until 1969 when they moved to Bow Island where they continued to reside and raise their family. Wilf enjoyed fishing in his younger years, driving truck, and watching hockey throughout his life. His most precious times were those spent with his family and friends. Wilf will be lovingly remembered by all those who knew and loved him. Those wishing to pay their respects may do so at ST. MICHAEL’S ROMAN CATHOLIC CHURCH, 1101 – 1st Street East, Bow Island, on Wednesday from 3:00 to 3:55 p.m. The Funeral Service will be held at ST. MICHAEL’S ROMAN CATHOLIC CHURCH on Wednesday at 4:00 p.m. with Father Fred Monk officiating. A Private Interment will take place on Thursday, December 31st, 2015 at Hillside Cemetery. Memorial gifts in Wilf’s memory may be made to the Canadian Cancer Society, #102, 1865 Dunmore Road SE, Medicine Hat, Alberta, T1A 1Z8, or to the Canadian Diabetes Association, #102, 73 – 7th Street SE, Medicine Hat, Alberta, T1A 1J2. Condolences may be sent through www.saamis.com or to condolences@saamis.com subject heading Wilf Rapson. Funeral arrangements are entrusted to