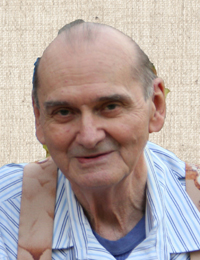 Harold Robert Gourlay of Medicine Hat, beloved husband of Lynn (Hillis) Gourlay, passed away on Monday, January 4th, 2016 at the age of 69 years. Harold also leaves to cherish his memory his daughter, Kelley (Kyle King); his sons, Brent and Michael (Shiela), all of Medicine Hat; and his grandchildren, Maralynn Sasse, Kelvin King, Robert Gourlay and Stephanie Gourlay. He also leaves to mourn five brothers-in-law and sisters-in-law; as well as numerous nieces and nephews. Harold was predeceased by his parents, Hugh and Gertrude (Danielson) Gourlay; his mother and father-in-law, Arthur and Maizie Hillis; three sisters-in-law and one brother-in-law. Harold was raised on the family farm at Davidson, Saskatchewan. He spent several years as a truck driver in Saskatchewan and Alberta. He also spent ten enjoyable years on Vancouver Island where he and Lynn ran a family business before relocating to Medicine Hat in 1993. Harold then returned to truck driving until his retirement. The family would like to thank Dr. Martin Wong and Dr. Bao Dang as well as the nurses on 5West at the Medicine Hat Regional Hospital. A Come and Go Reception will be held at SAAMIS CREEKSIDE CENTRE, #11 Dunmore Road SE, on Monday, January 18th, 2016 from 2:00 to 4:00 p.m. Memorial gifts in Harold’s memory may be made to the charity of one’s choice. Condolences may be sent through www.saamis.com or to condolences@saamis.com subject heading Harold Gourlay. Funeral arrangements are entrusted to