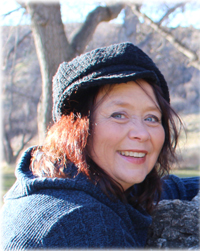 Loraine Norma Hart-Tongs, beloved wife of David Arthur Tongs, passed away peacefully at the Medicine Hat Regional Hospital on Friday, January 29, 2016, at the age of 55 years. She was born in Eastend, SK., and raised on the family farm north of Ravenscrag, SK. Loraine graduated from Eastend High School and furthered her education studying as a Health Care Aid at SIAST and received her RNBN at Medicine Hat College and University of Calgary, completing her COHN through Grant McEwan College. She was extremely proud of her continued education efforts and achieved more than she ever thought possible. She married the love of her life and soul mate, David Tongs on September 22, 2007. Loraine’s faith life and spiritual connection with founded in the United Church in Shaunavon, SK. Her nursing career began in the hospital then continued into long term care facilities. With her background and knowledge, she taught first year nursing students at the Medicine Hat College for a number of years. Loraine then accepted a position with the City of Medicine Hat as an Occupational Health Nurse where she continued her studies and received her COHN designation, while continuing to work for the City until her passing. Loraine enjoyed doing crafts, sewing, gardening and reading and most recently spending time with family and being a very active grandma. She loved her family and raising her kids along and was always involved with helping the parent teacher association and hot lunch meals for school, as well as being a Girl Guide leader, Pathfinder leader and a Sunday school parent teacher. Some of Loraine’s most memorable moments, were the birth of her children and watching them grow up, time spent with family and friends, finding her soul mate in Davey and the vacation with Mariann and Mike in Hawaii. The challenges in Loraine’s life were many, but through her perseverance and putting the pieces together, she accepted it as an opportunity to learn and create stepping stones to improve her knowledge. Loraine’s memory will be forever treasured in the hearts of her true love in her husband, Davey; children, Graham Hart and his children, Camille, Veronica, Presley; Christie (Jason) Lewis and their children, Kinley, Nixen and a little one on the way; Ron (Monica) Hart and their children, Rae, Parker, Vincent; sister, Mariann (Michael) Johnston and her nephew, Jesse (Vanessa) as well as all the extended family in the UK. She was predeceased by her parents, Eugene and Norma Olson (nee Studer) as well as grandparents, aunts, uncles and cousins. Loraine’s Life will be celebrated at Cook Southland Funeral Chapel, 901 – 13 Street S.W., Medicine Hat on Friday, February 5, 2016, at 11:00 a.m. with Life Celebrant Gerry Getz and Pastor Bob Findley co-officiating. Those wishing to pay their respects may do so beginning one hour prior to the service from 10:00 a.m. to 10:55 a.m. Interment will take place at Hillside Cemetery. In lieu of flowers, friends are encouraged to make a donation in Loraine’s name to the Medicine Hat College Foundation, c/o Jennifer Kerslake, Development Officer, 299 College Drive SW, Medicine Hat, Alberta, T1A 3Y6, or to a charity of one’s choice. (Condolences may be expressed by visiting www.cooksouthland.com) Honoured to serve the family is