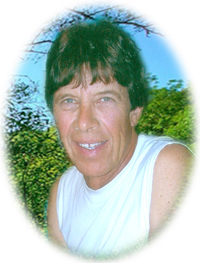 Mr. Rodney Hummel, beloved husband of Mrs. Sherry Hummel passed away on Tuesday, February 2, 2016, at the age of 62 years. Rod loved playing and singing country music; he excelled at both. Music was his passion and he could play almost any instrument, touching the lives of many with his gift. He will be forever remembered in the hearts of his wife, Sherry; son, Braydon; mother, Lenora; siblings, Brian (Debbie) and their children, Kerrie (Devon) Senft and daughters, Emily & Isabell; Dustin Hummel, Chad Hummel; Lynett (Brent) Getz, and their children, Vincent (Krista) Van Dam and son, Lincoln; Amy Van Dam; Trish Danderfer and her children, Devon, Coy, Jace; Monty (Melissa) Scory, their children, Madison & Mason; in-laws, Gaylene (Bob) Scory, Rod was predeceased by his father, Walter Hummel (May 12, 1992). A Memorial Service will be held at Hillcrest Evangelical Missionary Church, 3785 – 13th Street S.E., Medicine Hat on Monday, February 8, 2016, at 2:00 p.m. In lieu of flowers you are asked to support the Braydon Dale-Hummel Education Fund at payable directly to Servus Credit Union, acct # 01029 899 65304959836. (Condolences may be expressed by visiting our website at www.cooksouthland.com) Honoured to serve the family is