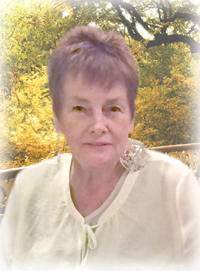 Terry Nadine Foster (nee Deyell) passed away peacefully at St. Joseph’s Home – Carmel Hospice on Wednesday, February 3, 2016, at the age of 65 years. Terry was born on September 23, 1950 in Oxbow, Saskatchewan and was raised in Alameda. She married Garry on November 21, 1970 in Swift Current. Terry was a home care aide in Medicine Hat for 30 years, a career she truly loved. She cherished spending time with her family, especially her grandchildren. Terry will be forever remembered by her husband, Garry; son, Chad (Ricki) Foster of Medicine Hat and their children, Vanden and Sloane and daughter, Regan Foster (Sarah Fox) of Vancouver. She will also be lovingly remembered by her sisters, Wendy (Bob) Gusa of Moose Jaw and Peggy Deyell of Calgary as well as numerous nieces and nephews. Terry was predeceased by her parents, William “Bud” and Lorna Deyell (nee Young). A Celebration of Terry’s life will be held at Cook Southland Funeral Chapel, 901 – 13 Street S.W., on Wednesday, February 10, 2016, at 2:00 p.m. with Life Celebrant Gerry Getz officiating. (Condolences may be expressed by visiting our website at www.cooksouthland.com) In lieu of flowers, memorial donations in Terry’s name may be made directly to St. Joseph’s Home – Carmel Hospice, 156 – 3 Street N.E. Medicine Hat, Alberta, T1A 5M1. Honoured to serve the family is