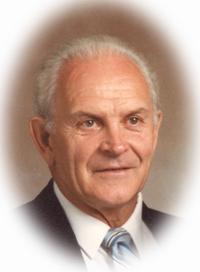 He was born at Vermilion, Alberta on July 3, 1927. He was employed in the oilfields in Vermilion and Lloydminster areas as well as in Manitoba and Southeast Saskatchewan. From 1959 to 1970 he owned and operated his own Well Service Rig, Trucking and Water Well Drilling business in the Shaunavon and Gull Lake, Saskatchewan areas. In 1970 he moved to Ladysmith, British Columbia where he owned and operated a Water Well and Drilling & Pump business until 1976. He semi-retired and managed two trailer parks and high-rise in Surrey, British Columbia. He retired in 1986 and moved and lived in Kamloops and Scotch Creek, British Columbia. Alex travelled south to Arizona in the winters for five years and moved back to Shaunavon in 2008.

A memorial service will be held from Christ the King Parish Hall in Shaunavon on Saturday, February 27, 2016 at 2:00 p.m. Binkley’s Funeral Service of Shaunavon (www.Binkleys.com) is in charge of the arrangements.