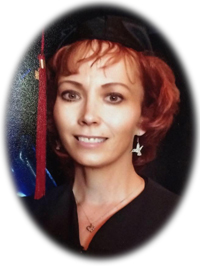 It is with heavy hearts that the family of Sherry Lynn Kroft announce her passing in Medicine Hat on Friday, February 26, 2016, at the age of 48 years. Sherry was born in Kindersley, SK., on June 12, 1967. She spent most of her childhood in Irvine where she attended school and later finished her high school in Wainwright. She continued to further her education earning a diploma in Business Administration and was recently training to be a Medical Office Assistant. She was well liked by everyone who met her and she enjoyed staying connected with her many friends on Facebook. Sherry was always game to sit around the table, socialize and play cards with friends and family. Not only was she an avid card player, Sherry also had a coin collection she was proud of. Throughout the years, she faced many struggles and obstacles that life can bring. By giving her life to God, this gave her the strength and hope to live her life to the fullest. Sherry will be remembered by her son, Zachary; father, Mulvey (Eileen Moncks); three brothers; Murray and his family, Jessica and Evan (Riven, Willow and Jak); Mark and Mike (Tami) and their daughter, Karagyn and a close friend, Dean Bodnar. Sherry was predeceased by her mother, Sara as well as her grandparents. Those wishing to pay their respects may do so at Cook Southland Funeral Chapel, 901 – 13 Street S.W., Medicine Hat on Wednesday, March 2, 2016, from 7:00 p.m. to 8:00 p.m. and again beginning one hour prior to the Funeral Service. The Funeral Service will be held at Cook Southland Funeral Chapel on Thursday, March 3, 2016, at 2:00 p.m., with Life Celebrant Gerry Getz officiating. (Condolences may be expressed by visiting our website at www.cooksouthland.com) Memorial donations in Sherry’s name may be made directly to the SPCA, 55 Southwest Dr. S.W., Medicine Hat, Alberta, T1A 8E8. Honoured to serve the family is