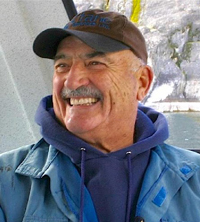 It is with heavy hearts we announce the passing of Felix Louis (Lou) Cote on March 4, 2016 at the age of 82. Lou is survived by his loving wife of 60 years Ruth; his children Susan (Drew) Cadenhead, Jennifer Cote (Cliff Stenger), Edi Cote (Gary Johnson), Ted Cote (Kathleen Williams) and Teresa (Arjan) Van Hienen; grandchildren: Jessica (Andrew Fagan) and Mathew (Ellie) Arsenault, Renee Cadenhead, Amy, Derrick and Mackenzie Van Hienen; great grandchild Aria Fagan; siblings: Marcel (Bev) Cote, Ed (Darlene) Cote, Lorraine (Johnny) Dobrocane; sister in law Yvonne Vanhelden; brother in law Wayne Hutmacher and many extended family and friends. Lou was predeceased by his parents Louise and Theodore Cote; brother Denis and sister Anna. Lou was born on March 2, 1934 in Biggar, Saskatchewan, at the age of 7 he moved to Medicine Hat, where he learned to speak English, graduated high school at St. Anthony’s College in Edmonton, studied agriculture at Olds College and enjoyed a successful career in the petroleum industry. On May 19, 1956 he married Ruth Pfeifer and together they raised their five children throughout Alberta in Medicine Hat, Didsbury and Redwater. In 2005 he and Ruth moved to Gray Creek, BC, where they renovated an estate into its former heritage home. In 2015 they moved back to Alberta, settling in Castor. An avid sportsman who loved to fish, hunt, golf, curl, he touched many people with his booming laugh and bigger than life personality. Our hearts are broken, but our memories are cherished. He will be greatly missed. Those wishing to pay their respects may do so on Friday, March 11, 2016 at 6:30 P.M. at Our Lady of Grace Catholic Church, Castor, Alberta, followed by a Prayer Vigil at 7:30 P.M. A Mass of Christian Burial will be held on Saturday, March 12, 2016 at 9:00 A.M. at Our Lady of Grace Catholic Church. In memory of Lou donations are gratefully accepted to S.T.A.R.S. c/o Parkview Funeral Chapels & Cremtorium, Box 186, Castor, Alberta T0C 2L0, 1-888-882-3141, who have been entrusted with the care and funeral arrangements. To send or view condolences to Lou’s family, please visit www.parkviewfuneralchapels.com