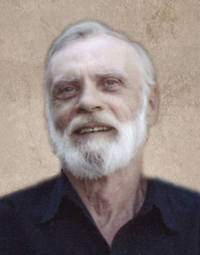 Lawrence “Paul” Gingras, beloved husband of Sandra Gingras of Medicine Hat, passed away on Sunday, March 13th, 2016 at the age of 62 years. Paul also leaves to cherish his memory two sons, Chris (Dawn) Gingras and Jeremy (Jen) Gingras; one daughter, Brianna Gingras; five grandchildren, Caylee, Mackenna, Rose, Lilianna and Kaiden; two brothers, Robert Gingras and Lionel Gingras; two sisters, Marie (Denis) Marcheterre and Monique (Willie) Harasym; his best friend, Larry Knoll; as well as numerous nieces and nephews. Paul was predeceased by his parents, Maurice and Odita Gingras; and one brother, Raymond Gingras in 1954. Paul was born on August 23rd, 1953 in Calgary. He married Sandra on June 24th, 1978 in Marengo, Saskatchewan. He loved his kids and grandkids; they were his world.

“As one prepares to leave, another comes. That’s life and it’s ok.

Quote by Paul Gingras A.K.A. Papa.

The Funeral Service will be held at CRESCENT HEIGHTS CHURCH OF CHRIST, 655 Stewart Drive NW, on Saturday, March 19th, 2016 at 10:00 a.m. with Jamie Lobert officiating. Memorial gifts in Paul’s memory may be made to The Lung Association, Alberta/NWT Division, P.O. Box 4700, Station South, Edmonton, Alberta, T6E 9Z9 or to the Alberta Children’s Hospital, 2888 Shaganappi Trail NW, Calgary, Alberta, T3B 6A8. Condolences may be sent through www.saamis.com or to condolences@saamis.com subject heading Paul Gingras. Funeral arrangements are entrusted to