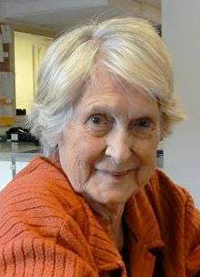 Mrs. Irene Nunweiler of Calgary passed away peacefully with her children by her side on March 21, 2016. Irene was born in Eatonia, Saskatchewan on November 3, 1932. She is survived by her children, Lonnie, Blaine and Mona; ten grandchildren, two great grandchildren, and her sister Viola. Irene was predeceased by her parents Herman and Caroline Bredy, husband Elmer, son Darryl, and brothers Delmer, Roy, Jerry and Ken.

Irene and her husband Elmer called Medicine Hat home for many years. A memorial for Irene will be held in May, with interment at the Hillside Cemetery where she will be reunited with Elmer.