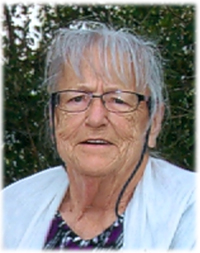 The family regret to inform you of the passing of Barbara “Bubba” Routledge (nee Wilson), formerly of Calgary and recently residing in Medicine Hat, who passed away at the Medicine Hat Regional Hospital on Tuesday, August 30, 2016, at the age of 74 years. Left to cherish Barbara’s memory are her 3 children and their families, Ken (Jo-ann) Routledge and their children, Amanda (Scott) Herrmann, Daniel (Kailagh) and their children, Meya and Zoey; Heidi (Mark) French; their children, Christopher French and Rebecca (Mark Fontaine) and their children, George and Evie; Lynn (Ron) Noga and their children, Chelci Noga and her children, Jaxon and Ainsleigh and Courtney (Fleming) Zuhling and their son, Easton. Barbara is also survived by her sister, Ila (Con) Dombowsky and their family, Shawn (Karen) – Alex and Elizabeth; Shane (Kristen) – Wilson; brother, Arnold (Bev) Wilson and family, Brian, Arnold ‘Roy’, Paul, Alana and her family. Bubba was born in Richmond Hill, Ontario and built memories spending time with grandchildren and great-grandchildren. She enjoyed having coffee with her many friends in both Calgary and Medicine Hat. Bubba looked forward to her Friday lunch with the ladies and “grudgingly” enjoyed her Tuesday “old ladies daycare”. Barbara spent many enjoyable hours reading a variety of books with three to four on the go at once. She also took a great deal of pleasure puttering away in the garden and was fond of the fruits of her labour. One of the most treasured family memories was helping to “build” cigarettes. She will be lovingly remembered for all the great memories and connections that were made over the years. Those wishing to pay their respects may do so at Cook Southland Funeral Chapel, 901 – 13 Street S.W., Medicine Hat on Wednesday, September 7, 2016, from 9:30 a.m. to 10:25 a.m. A Celebration of Barbara’s life will be held at Cook Southland Funeral Chapel on Wednesday, September 7, 2016, at 10:30 a.m. (Condolences may be expressed by visiting our website at www.cooksouthland.com) Memorial donations in Barbara’s name may be made directly to the Kidney Foundation of Canada, 6007 – 1A Street S.W., Calgary, Alberta, T2H 0G5, Canadian Diabetes Association, 102, 73 – 7th Street S.E., Medicine Hat, Alberta, T1A 1J2 or to the charity of one’s choice. Honoured to serve the family is