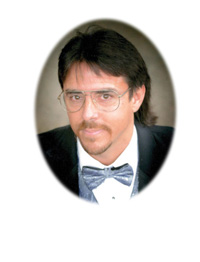 Wayne Poat passed away at home, peacefully and pain free in the presence of his devoted wife and daughter on Wednesday, February 8th, 2017.
Wayne was born and raised in San Diego, California. His childhood with three brothers and a sister was steeped in sweetness and love. This firm foundation of love, family and friends was established by his beautiful parents, Anne and Leo. Wayne was privileged to experience great amounts of extended family, many travels, camping trips, water sports, ocean adventures, and desert dune discoveries including his beloved San Felipe, Mexico, destination. Life at the Poat house was always overflowing with love and laughter.
Wayne in his youth was an avid fisherman and baseball player which developed Wayne into a fine coach and young man always trying to be his best. He excelled at tennis and was dedicated to physical fitness and always trying to understand his physical challenges. After high school, he served in the United States Army, later working many years for the City of San Diego as a Water Distribution Officer and eventually finding his true calling working with students with special needs for the San Diego Unified School District.
Wayne’s rich childhood made him a natural caregiver and father par excellence. Devoted to Andrea, he made her his world and tirelessly designed her enrichment with endless amounts of reading, music exposure, instrument playing, gymnastics, letter writing, service work, faith development and serious work ethic. He was a true ‘Pied Piper’ as children of all ages always gravitated to him.
Through his work in Special Education, Wayne met his wife, Brenda, and they began life together in Canada. Together Wayne, Brenda and Andrea included Mary (Nellis), Brenda’s mother, into their loving family to care for to the end of her life as had been modeled by their parents with their elders.
Wayne’s gifts and interests were many — he loved to read, enjoyed languages, travel and cultures. He was an avid lifelong learner with a passion for social justice and the environment, letter writing, world music, guitar playing and singing. His faith was deep, inclusive and unwavering. His greatest gift, however, was his generosity of spirit in gently making people feel at ease and comfortably moving into sharing stories and laughter.
Wayne had a long painful journey with a musculoskeletal disease called Thoracolumbar Scheuermann’s Disease as well as a four-year battle with cancer. He gracefully persevered these many years of suffering while always keeping alive his hopes and dreams of travel and being of greater service to others. Constantly refining his selfless character and deepening faith, he became very beautiful and Christlike — always putting his faith first as his focus beyond the pain.
He is survived by the love of his life, Brenda of Medicine Hat, Alberta; his parents, Anne and Charles (Leo) Poat of San Diego; brothers, Andrew and Brian (Janice) of San Diego, and Chuck (Lynn) of Hubertus, Wisconsin; sister, Paula of San Diego; and daughter, Andrea Poat of San Diego and Medicine Hat; as well as pal, Buddy.
The Funeral Service will be held at FIFTH AVENUE MEMORIAL UNITED CHURCH, 476 – 4th Street SE, on Saturday, February 18th, 2017 at 2:00 p.m. with Reverend Dave Pollard officiating. Interment will take place in the family plot at Hillside Cemetery.
In lieu of flowers contributions may be made to the Schizophrenia Society of Medicine Hat, 526 – 3rd Street SE, Medicine Hat, Alberta, T1A 0H3. Condolences may be sent through www.saamis.com or to condolences@saamis.com subject heading Wayne Poat. Funeral arrangements are entrusted to
SAAMIS MEMORIAL FUNERAL CHAPEL CREMATORIUM & RECEPTION CENTRE, “The Chapel in the Park” #1 Dunmore Road SE, Medicine Hat, AB T1A 1Z5 (403)528-2599 www.saamis.com inquiry@saamis.com Locally owned and directed CGR Holdings Ltd.