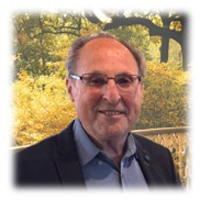 February 23, 1936 – February 12, 2017
Mr. Thomas Edward Brilz of Medicine Hat, beloved husband of Mrs. Violet Brilz, passed away peacefully at the Medicine Hat Regional Hospital with family by his side on Sunday, February 12, 2017, at the age of 80 years. Along with his loving wife of over 54 years, Tom leaves to cherish his memory five children and their families: Todd (Denyse) Brilz and their family, Alicia and Ashley; Terry (Linda) Brilz and their family, Alan (fiancée Siobhan) and Carissa; Carla (Fred) Weinheimer and their family, Joel and Noah; Holly (John) Stroh and their family, Kiera and Jadyn; Shannon (Ging) Ma and their family, Abby and Evan. His memory will also live on in the hearts of his sister, Lenore (Don) Froehlich, numerous in-laws, nieces, nephews as well as his very special friend of over 70 years, Leo Nadeau. He was predeceased by his parents, Erasmus and Lydia; step-mother, Barbara as well as two brothers, Victor and Leo. Tom was born in Maple Creek, SK., on February 23, 1936. He lived on the farm until the age of 10 when his family moved into Medicine Hat. Shortly after attending St. Theresa’s Academy, Tom started working in construction, starting his own company in 1962. This was also the same year that Tom married the love of his life, Violet Deringer. In 1974, he took a short break from construction, moving out to the farm with Vi. This allowed them to raise their family in a peaceful country setting while enjoying the freedom that came with the outdoors and farming the land. Tom’s skills soon had him back in construction, something he continued to enjoy and stay active in up until the months prior to his passing. He played an integral part in the construction of the Cupola at St. Patrick’s Catholic Church as well as a monument dedicated to all immigrant pioneer settlers in Western Canada located out front of the Esplanade. Tom was a very social man and he loved striking up conversations at the curling club or pulling a rabbit out of the hat with his wonder stick at the course (no one knows what club the wonderstick really was… it just always worked!) More than anything, Tom will be remembered as a loving husband, father, grandfather, brother and uncle. A true family man, any family events (especially family gatherings) always took priority. He leaves a legacy of love, laughter and good will that will live on in all the hearts of those who had the privilege to know him. The Funeral Mass Celebrating Tom’s life will be held at St. Patrick’s Roman Catholic Church, 238 – 2 Avenue N.E., Medicine Hat on Thursday, February 16, 2017, at 11:00 a.m. with Reverend Father Tomy Manjaly celebrant. A time of fellowship and refreshments will follow immediately thereafter in Higdon Hall at the Medicine Hat Exhibition & Stampede Grounds. (Condolences may be expressed by visiting www.cooksouthland.com) If friends so desire, donations in memory of Tom may be made directly to the Medicine Hat Cancer Clinic. Please ensure donations are made payable to the Medicine Hat & District Health Foundation, 666 – 5 Street S.W., Medicine Hat, Alberta, T1A 4H6. Honoured to serve the family is
Cook Southland Funeral Chapel, 901 – 13th Street S.W. Medicine Hat, Alberta T1A 4V4 Phone 403-527-6455

One Condolence for “THOMAS EDWARD BRILZ”