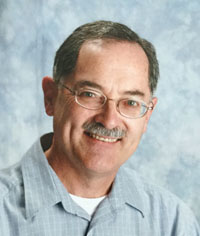 1946 – 2017
Kenneth Gartly, passed away in Taber on Sunday, February 12, 2017 at the age of 70 years after struggling several years with dementia.
A private service will be held in Medicine Hat. Condolences may be forwarded by visiting our website at www.southlandfuneral.com.
Left to mourn his passing is his brother Ron (Beryl) Gartly of Taber; nieces and nephews Jo-Ann (Randy) Duran and Sandra (Bill) Kennedy of Regina, Saskatchewan, Jonathan (Melissa) Gartly of Lomond, Kelvin (Lisa) Gartly of Abbotsford, British Columbia, Lester Gartly of Calgary and Sharon (Nick) Milojevic of Niagara Falls, Ontario as well as several cousins, great nieces and nephews. He is also remembered by some good friends who reside in Calgary and Winnipeg.
He was predeceased by his parents William “Bill” and Leontine “Lee” Gartly, and half-sister Mary Magdalin (nee Gartly).
Ken was born on October 22, 1946 at Leader, Saskatchewan and grew up on a farm eight miles north of Richmound, Saskatchewan. Ken’s elementary education took place in one room country schools including Etna, Progress and Richfield, where he was taught by his mother. He attended high school in Horsham, Saskatchewan and finished grade twelve at Prairie High School in Three Hills. Following high school, Ken studied four years at Prairie Bible Institute, graduating in 1967. He then studied three years at the University of Calgary, graduating in 1970 with a Bachelor’s degree. He worked several different jobs in Calgary, Carberry, Manitoba, Winnipeg, Manitoba and Toronto, Ontario, including a stint as a security guard in Yellowknife, Northwest Territories. Ken then attended the University of Manitoba and graduated with a Bachelor of Science in Engineering degree in 1985. Following graduation, he worked as a mechanical engineer for several years until about the time he was diagnosed with a dementia called Primary Progressive Aphasia.
His main avocational pursuits were cycling, alpine skiing, camping and hiking in the mountains. These passions and his desire for adventure took him to places like Montana, Colorado, Wyoming and California for skiing and Vancouver Island, the Oregon coast, Germany and Holland for cycling and camping. In the summer of 1975, Ken embarked on a stimulating trip to Scotland to visit the village and parish of Gartly and to explore his Gartly family heritage. He had a fine singing voice and enjoyed singing in a choir the last couple of years he lived in Winnipeg. Ken was known and respected for his integrity, work ethic and even temperament.
When Ken was no longer able to care for himself in his own home in Winnipeg, he moved to Taber to live with his brother Ron and wife Beryl in July of 2008. In the fall of 2011, he was moved to Linden View where he resided until his passing.
“As a family, we are grateful for the compassionate attention Ken received from the staff and caregivers at Linden View. Thank you to medical and pharmaceutical personnel for your input and care. We thank God for all who so graciously cared for Ken. May God richly bless you for your kind service.”