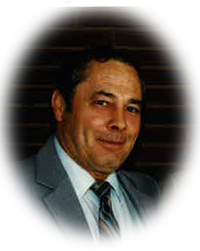 Lyle Jarlett Mayer, beloved husband of Priscilla “Pat” Mayer of Medicine Hat, passed away on Monday, February 6th, 2017 at the age of 83 years. Lyle also leaves to cherish his memory three children, Mark (Dawn) Mayer of Grande Prairie, Tammy (Edward) Mayer of Calgary and Tyler Mayer of Medicine Hat; one grandson, Bradley Mollin; one brother, Ian Mayer; three sisters, Doreen (Don) Ross, Ella Bishop and Fern (Loren) Wilke; as well as numerous nieces and nephews. Lyle was predeceased by his parents, Joseph and Lena Mayer; one brother-in-law, Bill Bishop; and one sister, Trudy Mayer. Lyle was born on August 24th, 1933 in Kerrobert, Saskatchewan. He attended numerous schools in Saskatchewan including, Marengo, Major and Alsask. Lyle farmed in the Athabasca and Boyle areas in the early 1970’s. He joined the RCAF in 1951 until 1956. He married Pat Staley on September 24th, 1955 in Edmonton and they were happily married for 61 years. Lyle and Pat resided in Cold Lake and other various places in Alberta before moving to Medicine Hat in 1978. He worked in the oil field for 35 years, retiring in 1994 from Alberta Energy. Lyle loved working with horses; training and riding, and enjoyed going for coffee with friends. A Celebration of Life will be held on Saturday, April 29th, 2017 at CHARTWELL GARDEN COMMUNITY CENTRE, 158 Chartwell Road SE, at 1:00 p.m. Memorial gifts in Lyle’s memory may be made to the Canadian Diabetes Association, Medicine Hat & District Branch, 102, 73 – 7th Street SE, Medicine Hat, Alberta, T1A 1J2. Condolences may be sent through www.saamis.com or to condolences@saamis.com subject heading Lyle Mayer. Funeral arrangements are entrusted to