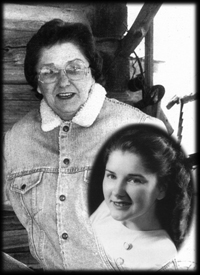 Rosemarie Dorothy Hogg (nee Brown), beloved wife of the late, David L. Hogg, passed away at St. Joseph’s – Carmel Hospice, in Medicine Hat on Monday, February 13, 2017, at the age of 85 years. She was the only child born to Lance and Dorothy Brown on, December 31, 1931, Rosemarie was the apple of her parent’s eyes and was raised on their ranch in the Elkwater area. In her younger years, Rosemarie enjoyed horseback riding, her many pets and adventures with her friends on the surrounding ranches. She had many stories of innocent mischief and fun as they kept themselves occupied out in the country. Rosemarie attended school in Albeck in the milder months when she could ride her horse the three and a half miles. In the winter months when the ranch was snowed in, she lived and went to school in Medicine Hat. After graduation, Rosemarie worked for the superintendent at the CPR where she met her loving husband, Dave Hogg. Dave and Rosemarie enjoyed dancing, playing cards, trips to Hawaii and other travelling opportunities which included going camping in their motorhome. They had very close ties to a number of friends that shared their interests. Dave and Rosemarie, lived in Medicine Hat until 1979, when they moved back to the ranch to help Rosemarie’s mother, Dorothy and Rosemarie’s son, Craig run the ranch. They continued to live at the ranch until 1995, when they moved back to Medicine Hat. While at the ranch, Rosemarie played a big part in compiling and entering the many stories on the computer, documented in the Cypress Hills County Historical Book. Her love hate relationship with computers began sometime in the 80’s and that relationship continued, literally until days before her passing. In her senior years and after the passing of her beloved husband, Dave; Rosemarie continued to enjoy a good game of cards, solving crossword puzzles, visits from any of her family and a good laugh even if it was at her own expense. A straight shooter, Rosemarie was not one to mince words, she would call it as she saw it. Her sharp mind and sense of humor were constants throughout her life and present even in her final words to her family, all of whom loved her and will miss her dearly. Rosemarie’s memory will be treasured in the hearts of her children; L. Craig (Cathy) Hogg and their children, Cody (Penny) Hogg, T.J. (Angela) Hogg, Ginette (Adam) Kapeller and six great-grandchildren; Jolene + (Danny) Schneider and their daughters, Coral (Mike) Moorehead, Kelsey (Chad) Bachmeier and six great-grandchildren; Lorene (Scott) Anton, and their sons, Mitchell Anton, Calen Anton and one great-grandchild; Theone (Don) MacLennan and their daughters, Tessa (Jon) Brady, Kailey (Farren) MacLennan and two great-grandchildren. Rosemarie was predeceased by her parents, Lancelot and Dorothy Brown; husband, David L. Hogg and her daughter, Jolene Schneider. The family will be honouring Rosemarie’s life with a private Graveside Service. If friends so desire, memorial donations in Rosemarie’s name may be made directly to the Canadian Cancer Society, 200 – 325 Manning Road N.E., Calgary, Alberta, T2E 2P5 or to a charity of one’s choice. (Condolences may be expressed by visiting our website at www.cooksouthland.com). Honoured to serve the family is