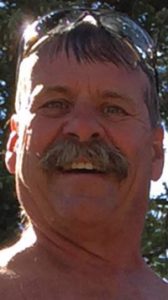 It is with heavy hearts that our family announce the sudden passing of Tim Schneider on Friday, March 3rd, 2017 with his family by his side, Tim passed away peacefully at the age of 56 years. He leaves behind many loved ones: his best friend and love of his life, Bonnie; their three children, Jeremy & Kerry Pilkey, Risa & Derrick Walbaum and Tiarra & Travis Schneider; their five grandchildren, Blayke & Cooper Walbaum, Paizlee, Dierks & Brooks Schneider. He will also be dearly missed by his dear friend and brother, Curtis Schneider; his sister, Denise (Ed) Harrison; his mother, Bernice (Bob) Sperling; his father, John Schneider; and nieces, Kerry & Marissa. All those who had the pleasure of being a part of Tim’s life will miss him greatly. Tim was predeceased by his grandparents, Martin & Matilda Klepsch; and his best pal, Zaccuda. Tim was a family man and a jack of all trades. He had a talent for restoring muscle & collector cars and loved working in his garage. His favorite place aside from being with his children and grandchildren was the mountains. Him & mom (Bonnie) spent many weekends camping and side by siding in the Castle Mountain area. A Celebration of Dad’s Life will be held on Thursday, March 9th, 2017 at 4:00 p.m. at the EAGLES CLUB, 561 Home Street West, Moose Jaw, Saskatchewan. At the family’s request, they ask you please dress casually. No black. We ask that in lieu of flowers you make a donation to the Crowsnest Pass Quad Squad, Box 1031, Blairmore, Alberta, T0K 0E0, 1-403-562-8686. Condolences may be sent through www.saamis.com or to condolences@saamis.com subject heading Timothy Schneider. Funeral arrangements are entrusted to