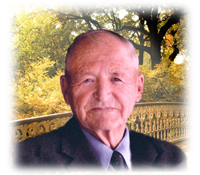 It is with profound sadness that the family of John Mezei, beloved husband of the late Joan Mezei (nee Simon), announce his passing in Medicine Hat on Monday, March 6, 2017, at the age of 89 years. John leaves to cherish his memory: 5 children, Debbie (Darwin) Evans, Leonard (Loreen) Mezei, Gregory (Heather) Mezei, Bruce (Jackie) Mezei and Carlene (Blake) Gutfriend; 11 grandchildren and 12 1/2 great-grandchildren. John is also survived by one sister, Margaret (Jim) Gulyas as well as numerous nieces, nephews and extended family. He is also survived by a very special friend, Irene Mertin. Along with Joan, he was predeceased by his parents, Andrew Sr. (Elizabeth) Mezei; one brother, Andrew Jr. (Del) Mezei as well as Joan’s parents, Louis Sr. (Emilia) Simon. John was born in Turlung, Romania on October 8, 1927. He immigrated to Canada at the age of 11 in 1938. John was raised in the Empress and Estuary areas. This is also where he worked a short while with C.P. Rail. In his early years, he apprenticed as an upholsterer in Medicine Hat and was a co-owner of Central Upholstery for approximately 6 years. In 1959, he took up farming South of Bow Island and farmed there until he was 85 years old. He continued to reside on the farm until the time of his passing. When times were tough, he took on a variety of jobs including driving school bus and work with the Taber Sugar Factory to name a few. John’s upholstery skills came in handy whether doing side jobs or teaching the trade. He taught courses through the continuing education program at the Medicine Hat College. John mastered the art of sign language which was a must as his business partner with the upholstery shop was deaf. He won numerous awards growing malt barley for the Canadian Wheat Board, winning trips across Canada. John belonged to the Lions Club, Elks Club and the Knights of Columbus. He was a Director with UGG, an active member of St. Michael’s Parish and was also an active square dancer. John enjoyed fishing, but more than anything he really just loved being a farmer! Those wishing to pay their respects may do so starting one hour prior to Vigil Prayers which will be recited at Cook Southland Funeral Chapel, 901 – 13 Street S.W., Medicine Hat on Friday, March 10, 2017, at 7:00 p.m. Visitation will also be offered at the Church starting one hour prior to the Funeral Mass which will be celebrated at St. Michael’s Catholic Church, 1 Street East, Bow Island on Saturday, March 11, 2017, at 12:00 p.m. with Father Marino Infante celebrant. Private interment will follow later in the day at Hillside Cemetery in Medicine Hat. (Condolences may be expressed by visiting our website at www.cooksouthland.com) Honoured to serve the family is Cook Southland Funeral Chapel, 901 – 13th Street S.W. Medicine Hat, Alberta T1A 4V4 Phone 403-527-6455