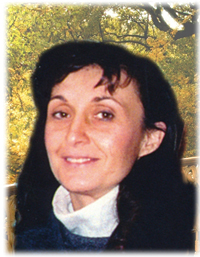 It is with heavy hearts that the family announces the sudden passing of Kari-Ann Justine Jaasund on Monday, March 6, 2017, at the age of 52 years. Kari will be remembered in the hearts of her two sons, Rylee (Christine) Jaasund and Benjamin Jaasund; parents, Julie (Murray) Rogers; sister, J’Dee (Cary) Bonogofski; nephews, Roen, Indy and grandson, Archer Thomas. Kari was predeceased by her grandparents, Ed and Tillie Ganden. She was born on November 15, 1964. Kari’s artistic and creative ability led her to a career in floral design and for many years was employed with Beryl’s Bloomers. A Memorial Celebration honouring Kari’s life will be held at the River Valley Community Church, 1101 Queen Street S.E., Medicine Hat on Saturday, March 11, 2017, at 5:00 p.m. with Pastor Mark Borrows officiating. Everyone is asked to dress casual. If friends so desire, memorial donations in Kari’s name may be made directly to the Crohn’s & Colitis Foundation of Canada, 3100 – 246 Stewart Green S.W., Calgary, Alberta T3H 3C8. (Condolences may be expressed by visiting our website at www.cooksouthland.com) Honoured to serve the family is