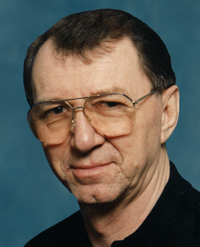 Ted Kenneth Kohut, beloved husband of Susan Kohut of Medicine Hat, passed away on Thursday, March 16th, 2017 at the age of 73 years. Ted also leaves to cherish his memory one son, Greg Tysseland of Eastend, Saskatchewan; his older brother, John (Irene) Kohut of Drumheller, Alberta; his sister-in-law, Barb Kohut of Calgary; as well as numerous nieces and nephews. Ted was predeceased by his father, John Kohut in 1950; and his mother, Elizabeth Kohut in 1997; and two brothers, Frank Kohut and Alvin Kohut. Ted was born, raised and schooled in Drumheller. At an early age, Ted quit school and went driving truck as his first career. Then at age 29, Ted started his career in new home sales, he worked for various companies in Calgary before he started working for Jager homes, becoming Vice President of the company. At age 54, Ted and Sue retired to Medicine Hat. A few years later Ted needed more than retirement and golf to occupy his mind so he went to work for Amron Homes for four years, then Daas Home for a few years. At Ted’s request, no formal funeral services will be held. Memorial gifts in Ted’s memory may be made to the S.P.C.A., 55 Southwest Drive SW, Medicine Hat, Alberta, T1A 8E8. Condolences may be sent through www.saamis.com or to condolences@saamis.com subject heading Ted Kohut. Funeral arrangements are entrusted to