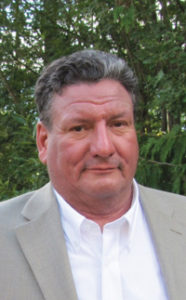 James (Jim) Austin Anderson III passed away on Monday, April 3, 2017 in Creston, B.C. Jim was born April 13, 1951 in Medicine Hat, Alberta.
The youngest of four, Jimmy was adored by his three older siblings. At age nineteen he served a two year Mission for The Church of Jesus Christ of Latter-day Saints in Norway. Obtaining a B.A. in Philosophy at the University of Lethbridge and a Bachelor of Education degree at the University of Calgary, Jim followed in his mother Hilda’s footsteps to become a teacher. He taught in Gitanyow, B.C., Yaqan Nukiy, B.C. and in Medicine Hat, Alberta. Jim and Carol Boehmer were married and had two beautiful children, Austin and Hannah. His children loved it when he played his guitar and sang to them. Like his father, James Anderson II, Jim continued to manage the third generation family farm. He was an Officer at the Miywasin Center in Medicine Hat. A philosopher and deep thinker, Jim had a love and appreciation for the beauty and aesthetics of nature, art and books. He was an avid golfer, tennis player, chess master and nature photographer. He loved playing and coaching baseball and was a known pool shark. Jim will be best remembered for his unique and graceful piano playing and his wry sense of humour.
Jim was predeceased by his father and mother, Jim and Hilda (Hawthorne) Anderson and his son Austin James (1990-2014). He leaves his daughter Hannah Anderson Thomas (John Thomas) and granddaughters Riley and Zofia who live in Everett, Washington. Jim will be lovingly remembered by his brother Owen (Linda) Anderson, and sisters Cheryl Anderson (Ed Stemler) and Gladys (Tom) Cheret, eleven nieces and nephews and numerous great nieces, nephews and cousins.
The family wishes to thank Cheryl and Ed for their compassionate care and support to Jimmy.
A celebration of Jim’s life will be held at The Church of Jesus Christ of Latter-day Saints Church in Creston, British Columbia ( 1010 36 Ave N) on Tuesday, April 11 at 11:00 am. Graveside ceremony to follow.