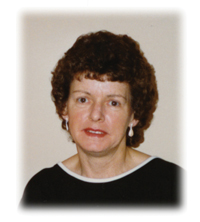 1943 – 2017
It is with heavy hearts that the family of Victoria ‘Vickie’ Elaine Holbrook, beloved wife of the late Wayne Holbrook, announce her passing at the Medicine Hat Regional Hospital on Tuesday, May 9, 2017, at the age of 74 years. Vickie was born in Barrie, Ontario on March 11, 1943 and attended school in Grandview, MB. The family later moved to Calgary where Vickie married the love of her life, Wayne Thomas Holbrook. Together they raised their two children in Calgary before moving and making their home in Medicine Hat. Vickie’s compassionate and caring personality made her a pleasure to be around. Her love of cooking ensured there was always some baked goods or a hot meal ready for family and friends. Vickie’s memory will be treasured in the hearts of her daughter, Donna (Gord) Swalm and son, Barry Holbrook; siblings, Larry (Shirley) Smith, Deanna (Dick) Loewen, Carol (Garth) Leavitt as well as numerous other family and friends. She was predeceased by her husband, Wayne; mother, Clarice and siblings, Dolly, Ted and Don. Vickie’s life will be celebrated at Cook Southland Funeral Chapel, 901 – 13 Street S.W., Medicine Hat on Monday, May 15, 2017, at 11:00 a.m. with Life Celebrant Gerry Getz officiating. Interment will follow at Hillside Cemetery with a time of fellowship thereafter in the Cook Southland Reception Facility. (Condolences may be expressed by visiting our website at www.cooksouthland.com) Honoured to serve the family is
Cook Southland Funeral Chapel, 901 – 13th Street S.W. Medicine Hat, Alberta T1A 4V4 Phone 403-527-6455