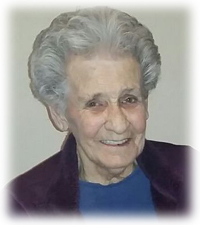 Mrs. Margaret Rose Gladu (nee Mitchell), beloved wife of the late Walter Gladu, passed away at the Good Samaritan Society on Saturday, May 13, 2017, at the age of 81 years. Margaret’s memory will be forever cherished by her seven children, Keith (Jill Shupe), Jeanette Frey, Pat (Henry) Aaker, Wayne (Maureen) Gladu, Kristine (Rodney) Bosch, Karen (Albert) Haggstrom and Kenny; son-in-law, Glenn Dorn; 16 grandchildren; 21 great-grandchildren; brother, Albert of Winnipeg; brothers-in-law, Len (Barb) Gladu of Winnipeg, Brian Gladu of Gravenhurst, ON. and Jack Gladu of Calgary. Margaret was predeceased by her husband,â€ˆWalter; daughter, Judy Dorn; grandchildren, Candace Dorn and Robert Frey; great-grandson, Braden Dorn; parents, Wallace and Juliette Mitchell; brothers, Robert, James and Leon and sister, Anna. Margaret was born and raised in Winnipeg and moved to Medicine Hat in 1967. She worked various jobs, starting at Medicine Hat Laundry and Linen, then Foodland IGA before settling in at Canada Post where she retired in 1999. Margaret was a lovely lady who will be dearly missed. The Celebration of Margaret’s life will be held at Cook Southland Funeral Chapel, 901 – 13 Street S.W., Medicine Hat on Thursday, May 18, 2017, at 1:00 p.m. with Major Murray Jaster officiating. Interment to follow at Hillside Cemetery. In lieu of flowers, memorial donations in Margaret’s name may be made directly to the Alzheimer Society, #201, 770 – 6 Street S.W., Medicine Hat, AB, T1A 4J6. (Condolences may be expressed by visiting our website at www.cooksouthland.com) Honoured to serve the family is