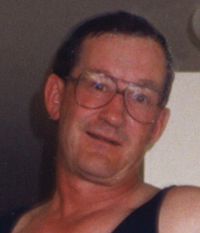 It is with deepest sorrow we announce the passing of Gerald “Gerry” George Westcott on Sunday, May 28th, 2017 in the Palliative Care Unit of the Medicine Hat Regional Hospital at 78 years of age. Beloved husband of Carole; father of Douglas (sons, Clifford and Sam), Donald and Craig (and family). He is also survived by his sister, Gwen (Ray) Westcott of Lanigan, Saskatchewan; his brother, Allen (Karen) Kolman of Whitewood, Saskatchewan; brother-in-law, Wayne Maki of Granum, Alberta; along with numerous nieces and nephews. Gerry was predeceased by his father, Clifford; his mother, Dorothy; sister, Mona; step-father, Wellington Kolman; his grandparents, Edward and Christina Westcott and Walter and Mathilda Turner; as well as mother and father-in-law, Don and Signe Maki. Gerry was born on July 11th, 1938 in Whitewood, Saskatchewan. He attended McKay and Whitewood schools. On June 11th, 1960, he married his high school sweetheart, Carole Maki. Gerry was a hard worker; he began in the oil patch in Estevan, Saskatchewan, drove long haul truck, worked with the Department of Highways, operated a grocery store and butcher shop. The family moved to Lynn Lake, Manitoba in 1969 where he worked in the mine. In 1975, the family came to Medicine Hat, where Gerry worked as a millwright at the chemical plants. His last employment was with the Department of National Defence where he drove bus until he was forced to retire due to illness. At this time he began a long and arduous battle with Crohn’s disease. His determination and stubbornness were truly amazing. He enjoyed fishing, golf and hunting.

“Although I can no longer see you with my eyes, or touch you with my hands, I will feel you in my heart forever”

At Gerald’s request, there will be no formal funeral at this time. Interment of cremated remains will follow at a later date in the family plot in Whitewood, Saskatchewan. Floral tributes are graciously declined, instead donations to the Palliative Care Unit of the Medicine Hat Regional Hospital, c/o Medicine Hat and District Health Foundation, 666 – 5th Street SW, Medicine Hat, Alberta, T1A 4H6 or a charity of one’s choice will be appreciated. Condolences may be sent through www.saamis.com or to condolences@saamis.com subject heading Gerry Westcott. Funeral arrangements are entrusted to