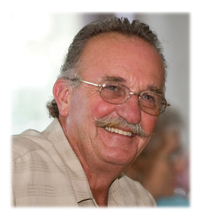 It is with heavy hearts that the family of Carl Warner announce his passing in Medicine Hat on Friday, May 26, 2017, at the age of 69 years. Carl was born on June 11, 1947, in Sherbrooke, Quebec. At a young age, he travelled out West where he met the love of his life, Maureen, becoming a part of her family. Carl was a beloved son to Maurice (Red) and Segrid Dalzell. We are so grateful that he is now in the comfort of their arms. Carl and Maureen were married on November 30, 1974 in Kimberly, BC. Shortly thereafter, they welcomed two beautiful daughters into this world, Sonja and Kreste. The family was complete and there was no limit to Carl’s endless love and protection for his wife and girls. Carl was honoured to have two devoted sons-in-law, Corey and Tom. He loved to tease them and take on reno projects with them. As the family evolved, they were blessed with three wonderful grandchildren; Jaca, William and Jackson who were the apple of their grandpa’s eye. Countless memories with grandpa travelling, camping and just hanging out in the backyard together will last eternally. For 45 years, Carl dedicated his career to Local 496 Union of Pipefitters and Plumbers. He was very well known and respected among his peers. Carl was an honest man who always stood behind his word. He was sentimental and a great story teller with a very tender heart. Known to those close to him as a legend on his guitar, Carl was always the entertainer at gatherings. He was deeply passionate about his music and it became an everlasting part of so many memories. Being the solid rock of the family, Carl was know for his guiding hand during hard times. He will be forever missed and treasured by all those who loved him, including his special dog, Mickey. His legacy will live on in the hearts of his daughters and grandchildren. Everyone who longs for Carl is asked to celebrate his life in their own way. Listen to a song that brings back a memory or take a long walk and look up past the clouds. When you hear the melody of a bird in the distance or feel the warm breeze on your shoulder… think of him. Just as the family will, please hold Carl forever close, in your thoughts and your spirit. Carl’s life will be celebrated at Cook Southland Funeral Chapel, 901 – 13 Street S.W., Medicine Hat, on Friday, June 2, 2017, at 2:00 p.m. with Life Celebrant Gerry Getz officiating. (Condolences may be expressed by visiting our website at www.cooksouthland.com) If friends so desire, memorial tributes in Carl’s name may be made directly to the Heart & Stroke Foundation of Alberta, 124, 430 – 6 Avenue S.E., Medicine Hat, Alberta, T1A 2S8. Honoured to serve the family is

One Condolence for “CARL WARNER”