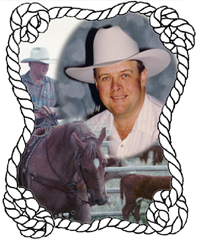 With sadness the family of Donald Morris Dolgopol of Consul, Saskatchewan announces his passing at the Maple Creek Hospital on Wednesday, June 7, 2017, at the age of 71 years. Don was born in Medicine Hat on July 24, 1945, an only child to Nick and Rosy Dolgopol. He attended a small country school in Little West and finished his schooling in Consul. He was raised on the family farm where he worked along side his dad from a young age and learned the value of a hard days work. Don married Beverley Lee on October 22, 1965 in Maple Creek and raised a family of four children. Ranching was his life… from roping to horse drawn equipment, he loved life in the country. In the early 60’s, he began riding with the PFRA and rode up until 2016. Don had a keen interest in draft horses, was knowledgeable in history and had an extensive horse bit collection. He was a founding member of the Harness Club and was a licensed pilot who loved to fly! Don had a great love of horses, cattle and dogs and shared a special bond with Cricket, his horse which he had for over 20 years. Don will be deeply missed by his wife, Bev; four children and five grandchildren: Stacey Dolgopol, Shawna (Chris) Bertram – (Tyrel, Monty and Marty), Shane (Tammie) Dolgopol – (Keylee and Kole), Robert Dolgopol. He was predeceased by his parents, Nick and Rosy Dolgopol. Don’s life will be celebrated at the Consul Community Hall, Consul, Saskatchewan on Thursday, June 15, 2017, beginning at 2:00 p.m. A Private Graveside Service will take place earlier in the day at Hillside Cemetery with Life Celebrant Gerry Getz officiating. (Condolences may be expressed by visiting our website at www.cooksouthland.com) Memorial donations in Don’s name may be made directly to the Children’s Wish Foundation, 3602 Millar Avenue, Saskatoon, Saskatchewan, S7P 0B1. Honoured to serve the family is Cook Southland Funeral Chapel, 901 – 13th Street S.W. Medicine Hat, Alberta T1A 4V4 Phone 403-527-6455