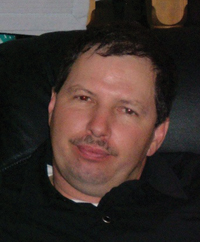 David grew up on his family’s mixed farm located just north of Gerald, Saskatchewan. He attended school in Langenburg where his mother, Mary taught for years. As a young lad, David was part of the 4-H club where he prided himself in excellent animal husbandry and enjoyed winning the odd award. David was raised with much love from his extended family. Cousins Darcy, Rona, Shelly, Deanee, Reva, Lynne, Linda & Heather. This continued extensively throughout his life. After high school, David studied welding mechanics at SIAST in Moose Jaw and worked for a few years in Edmonton before heading back home to help his father with the farm. He married the love of his life, Dianne Roussin in Feb of 1995 and immediately accepted her three children as his own. They continued to expand the family farm, introducing chickens, goats and Cocker Spaniels. He played an active role as an R.M Councillor and participated in various farm groups with a focus on better farming practices. They eventually sold the farm and equipment in April of 2000 and explored a future in Alberta, working in the oil industry until the present day. David was inventive and industrious; he could build or fix anything and like many farmers, was a jack-of-all-trades. He always had time and patience for children and was a “natural” when it came to parenting. His favourite hobby was restoring his 1970 Dodge Charger 500 of which he prided himself in and no doubt, became a part of his personal identity. He had an affinity for the underdog; he believed in family farming and supported local artisans. He kept up-to-date in current affairs and had maintained a fair opinion about all people from all walks of life. David was predeceased by his brother, Wyman Cropp (March 10, 1979), his father, Louis Cropp (November 4, 1995) and his mother, Mary Cropp (July 18, 2014). Left to mourn are his wife; Dianne Cropp, step-sons; Thomas and Vance Roussin, step-daughter, Dedette Roussin (and her two daughters, Delia and Ronnie). He is also survived by his only sister, Melody Schappert (Rod), his only niece, Kaitlyne (Derek) Smith and their children, Gabriel, Eliza and Amelia and his only nephew, Connor (Tracy) and their child, Myla. David also leaves behind his remaining cousins, countless friends and many acquaintances for which he remained loyal and supportive. A memorial will take place at the Langenburg Community Centre (101 Carl AveW) on June 17 at 2pm and a second will take place in Medicine Hat at the First Assembly of God (395 9th St. SE) on June 23 at 7pm. Upon David’s request his ashes will be returned to the family farm at a later date. Donations can be made on David’s behalf to the Canadian Mental Health Association (www.chma.ca) or the Nature Conservancy of Canada (www.natureconservancy.ca)