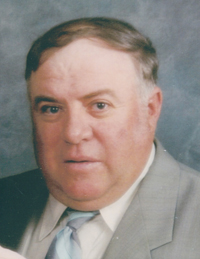 It is with heavy hearts that the family of Raymond Donald Selenski, beloved husband of Lorna Selenski, announce his passing at the Medicine Hat Regional Hospital on Saturday, July 8, 2017, at the age of 73 years. Ray was born in Ponteix, Saskatchewan on May 22, 1944. He farmed at Mankota, Saskatchewan for most of his life before retiring to Medicine Hat in 2012. Ray was a devoted father and friend and was passionate about flying. Ray will be deeply missed by his wife, Lorna and children: daughter, Sherry (Marshall) Leader – grandson, Derick Leader, and son, Jason (Rachelle) Selenski; two sisters, Marlene (Bob) Turgeon and Elaine Corbin and a brother, Dennis (Donna) Selenski as well as numerous nieces and nephews. He was predeceased by his parents, Anton and Veronica Selenski and a brother, David Selenski. Vigil Prayers will be recited at Cook Southland Funeral Chapel, 901 – 13 Street S.W., Medicine Hat, Alberta on Wednesday, July 12, 2017, at 7:00 p.m. The Funeral Mass will be celebrated at Holy Family Parish, 1451 Strachan Road S.E., Medicine Hat, Alberta on Thursday, July 13, 2017, at 1:00 p.m. with Reverend Father Albert Sayson celebrant. Interment will follow at Hillside Cemetery. ((Condolences may be expressed by visiting our website at www.cooksouthland.com) Memorial donations in Raymond’s name may be made directly to the SPCA, 55 Southwest Drive S.W., Medicine Hat, Alberta, T1A 8E8 or to the Heart & Stroke Foundation of Alberta, 124, 430 – 6 Avenue S.E., Medicine Hat, Alberta, T1A 2S8. Honoured to serve the family is