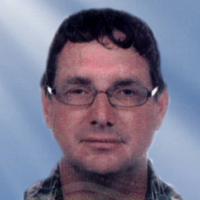 The family of Michael Donovan are saddened to announce his peaceful passing in Medicine Hat on Thursday, July 13, 2017. Michael will be lovingly remembered by his parents, Harry and Jeanette; sisters, Maureen (Gordon) Tyers and Mona (Fred) Darroch; nephews, Robert, Thomas and Keith as well as numerous other extended family including Fred and Gerri Shadlock and family. He was predeceased by his wife, Barbara Donovan (nee Shadlock). In honour of Michael’s wishes, cremation has taken place and a memorial celebration of his life will be held at a later date in Acadia Valley. (Condolences may be expressed by visiting our website at www.cooksouthland.com) If friends so desire, memorial tributes may be made to the Parkinson Society of Southern Alberta, 101, 928 Allowance Avenue S.E., Medicine Hat, Alberta, T1A 3G7. Honoured to serve the family is