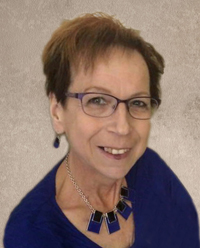 Lynn Anne Meier of Cypress Country, beloved wife of Terry Meier, passed away on Monday, July 17th, 2017 at the age of 54 years. Lynn leaves to cherish her memory her three children, Melanie Meier (Courtney Atkinson) of Lethbridge, AB, Darcy Meier (Melissa Reid), and Aaron Meier; six grandchildren, Carson, Conrad, Kaden, Piercen, Cara and Brennan; siblings, Brenda (Pat) Liboiron, Richard (Charlene) Oster, Dale Oster and Randy ( Roberta “Bert”) Oster; as well as Terry’s family and numerous nieces and nephews. She was predeceased by her parents Art and Ellen Oster. Lynn was born and raised in Medicine Hat, and attended Crescent Heights High School. Terry and Lynn met on motorbike trip to Kalispell, Montana, and were married in February of 1987 in Las Vegas, Nevada. They continued to make Medicine Hat their home and in 1997, moved to their Dunmore acreage where Lynn was able to entertain family and friends. She was an amazing cook and would often claim there wasn’t much to do even though she would spend hours in the kitchen preparing food for her guests. While long-hauling with Terry, Lynn enjoyed seeing much of Canada and the United States. In later years, she enjoyed visiting other countries and was able to hug koala bears and swim with dolphins; 2 things she always wanted to do. As an animal lover, she had many pets, and although was never able to own a pot belly pig, friends and family made sure she wasn’t in short supply of pig memorabilia. Lynn’s optimism, strength, and cheery smile will never be forgotten. The Funeral Service will be held at Holy Family Parish, 1451 Strachan Road SE, MEDICINE HAT, AB, T1B 4V3, on Saturday, July 22nd, 2017 at 11:00 am with Gary W. Goran officiating. Interment will follow at Hillside Cemetery. Memorial gifts in Lynn’s memory may be made to H.A.L.O., 12 – 49 Viscount Avenue SW .Medicine Hat, AB T1A 5G4, or South Eastern Alberta Search and Rescue, #8 – 49 Viscount Ave SW Condolences may be sent through www.saamis.com or to condolences@saamis.com subject heading Lynn Meier. Funeral arrangements are entrusted to