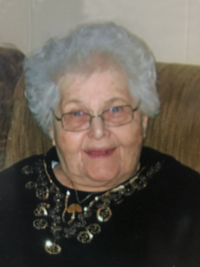 Margaret Helene Emma Heringhaus of Medicine Hat, passed away at the Meadowlands Retirement Residence on Thursday, July 20th, 2017 at the age of 95 years.  Margaret leaves to cherish her memory two great nephews, Michael Heringhaus and Thomas Heringhaus; and her godson, Frank (Lorraine) Hilgendorf.  Margaret was predeceased by her parents, Friedrich and Helene Heringhaus; and one brother.  Margaret was born on September 1st, 1921 in Sochum, West Germany and attended Nursing School in a partially Civil and Military Hospital in Sergan City near Frankfurt.  She completed her training in March 1943 and was transferred through the Military Division of that hospital to Dresden, East Germany, where she worked as a Nurse in the Red Cross Organization.  The Russian Army bombarded its way through Germany in the summer of 1944, she was taken prisoner and transported back to Russia.  In the fall of 1944 she escaped and made her way back to Germany.  It was to take her 6 weeks, walking under cover, constantly hungry and afraid of recapture, before she would be safe again.  She moved to the northern part of Germany and commenced work under world famous pioneer orthopaedic surgeon, Professor Garhard Kuntscher.  On December 20th, 1956 Margaret immigrated to Canada making Medicine Hat her permanent home.  Her nursing career in Canada commenced at the old hospital and continued into the Medicine Hat District Hospital.  She was Head Nurse of 5 East until her retirement in May of 1979.  She was active in the A.A.R.N., the German Harmony Club and the Harmonic Choir, enjoyed cross country skiing, making rugs, cushions and needlework.  Margaret travelled extensively and loved to cook delicious European delicacies for visitors.  The Funeral Service will be held at SAAMIS MEMORIAL FUNERAL CHAPEL, 1 Dunmore Road SE, on Wednesday, July 26th, 2017 at 1:30 p.m. with Father Philip Le officiating.  Interment will follow at Hillside Cemetery.  Memorial gifts in Margaret’s memory may be made to the SPCA, 55 Southwest Drive SW, Medicine Hat, Alberta, T1A 8E8.  Condolences may be sent through www.saamis.com or to condolences@saamis.com subject heading Margaret Heringhaus.  Funeral arrangements are entrusted to SAAMIS MEMORIAL FUNERAL CHAPEL CREMATORIUM & RECEPTION CENTRE, “The Chapel in the Park” #1 Dunmore Road SE, Medicine Hat, AB T1A 1Z5 (403)528-2599 www.saamis.com inquiry@saamis.com Locally owned and directed CGR Holdings Ltd.