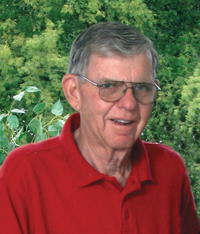 William “Bill” Henderson of Medicine Hat, beloved husband of Mina Henderson of 60 years, passed away on Wednesday, July 19th, 2017 at the age of 79 years 11months, after a long valiant fight with cancer. Bill also leaves to cherish his memory daughters, Candace (Brad) Czemeres, Deidra (Peter) Spafford and Ronalda Henderson (Dennis Perry); seven grandchildren, Taryn, Kale, Matthew, Megan, Michael, Davis and Teagan; brother, Larry (Donna) Henderson; sister-in-law, Marion Henderson; cousin, Davis Ryson; and numerous nieces and nephews. Bill was predeceased by his parents, Vanamber and Mary Henderson; brothers, Glenn and Delmar; sister-in-law, Rose Henderson; niece, Dawn Henderson; in-laws, Clifton and Lilah Spearing; and brother-in-law, Ronald Spearing. He was born in Bienfait, Saskatchewan and spent his formative years working on the family farm. Bill spent the majority of his working career in the potash industry in Saskatoon and Sussex, NB, and retired after 33 years as a maintenance superintendent. He was a boss to many and a friend to more. He curled and golfed competitively and played ball into his seventies. He loved “winning” at any and all games. He coached his girls’s ball teams and supported his grandchildren in their many and varied endeavors. He was a man with great compassion and always enjoyed a spirited debate. He passed on his extraordinary work ethic to his family. Bill and Mina spent many years travelling to various destinations, generally in the winter, most recently to Mesa, Arizona meeting many new friends. Cremation has taken place. At Bill’s request no funeral services will be held. In lieu of flowers, memorial gifts in Bill’s memory may be made to the Margery E. Yuill Cancer Centre, c/o Medicine Hat & District Health Foundation, 666 – 5th Street SW, Medicine Hat, AB T1A 4H6. Condolences may be sent through www.saamis.com or to condolences@saamis.com subject heading William Henderson. There will be a celebration of his life in Medicine Hat on July 29th, 2017 and one in Saskatoon, SK at a later date. The family would like to extend our thanks to Doctors Thorogood, Raissouni, Foley, Dirker and Duke as well as their very capable staff. Funeral arrangements are entrusted to SAAMIS MEMORIAL FUNERAL CHAPEL CREMATORIUM & RECEPTION CENTRE, “The Chapel in the Park” #1 Dunmore Road SE, Medicine Hat, AB T1A 1Z5 (403)528-2599 www.saamis.com inquiry@saamis.com Locally owned and directed CGR Holdings Ltd.