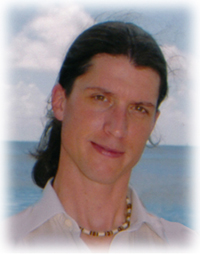 It is with heavy hearts that Scarlet announces that her beloved husband, Robert Eugene Champagne, passed away on Tuesday, August 8 2017, in Medicine Hat, at the age of 42 years. Along with Scarlet, Rob leaves to cherish his memory his parents, Don and Yolande; sister, Pam (David) Malone and their children, Jodie and Cody; brother, Robert Leo Champagne and his children, Justin and Jordan; Scarlet’s family; mother, Margaret (Jake) Giesbrecht; father, Rod Wolfer; brother, Bret (Sheena) Wolfer and their children, Bella, Elijah and Hailey as well as numerous aunts, uncles, cousins and friends. Rob loved music, golfing, hanging out with friends and walking his furbabies, Karma and Kahlua. He was a renowned world traveller and handy-man. Rob excelled in everything he put his hand to; which included achieving a black belt in Tae Kwon Do. He will be deeply missed! A Celebration of Rob’s life will take place at Cook Southland Funeral Chapel, 901 – 13 Street S.W., Medicine Hat on Sunday, August 13, 2017, at 2:00 p.m. If friends so desire, memorial donations in Rob’s name may be made directly to the Riverview Golf Club, 700 Redcliff Way S.E., Redcliff, AB, T0J 2P0 or to the SPCA, 55 Southwest Drive S.W., Medicine Hat, AB, T1A 8E8. (Condolences may be expressed by visiting our website at www.cooksouthland.com) Honoured to serve the family is