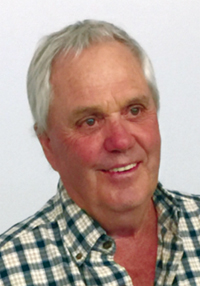 Edward Johan Lundquist of Rolling Hills, Alberta, passed away suddenly at the Brooks Health Centre on August 9, 2017 at the age of 73 years. Ed was born in Brooks on January 28, 1944. He found his passion was farming and dedicated his whole life to the family homestead in Rolling Hills founded by his parents in 1940. Ed made friends easily and enjoyed the people that he met everywhere he went. He will be sadly missed and fondly remembered for his love of farm life and family. Ed was predeceased by his parents Werner and Isabelle Lundquist, infant nieces and nephews, numerous aunts, uncles and cousins. He leaves to mourn his son Cody Hourigan and Cody’s mother Lana; only sister Elsie Lundquist; four brothers, Joseph (Marilyn), Leonard (Joyce), Curt (Dianne) and Dale (Joan); nieces, Leslie Lundquist, Linnea (Greg) Andrew, Louise (Wade) Zawadzki, Trudy (David) Deschner and Andrea (Ben) Jenner; nephews, David Lundquist (Marla), Mark (Carrie) Lundquist and Jeff Lundquist; grand-nieces and nephews, Nina, Paige and Karlen Deschner; Michaela, Rayleen and Jorja Lundquist; Davis and Tavia Jenner and also left to mourn are cousins in Canada and Sweden and his many friends. A Vigil Prayer Service will be held at Smith Memorial Chapel, Brooks on Wednesday, August 16 at 7:00 PM. Deacon Robert N.J. Wilson officiating. Funeral Mass will be celebrated at St. Mary’s Catholic Church, Brooks on Thursday, August 17 at 10:00 AM. Rev. Raul Hernandez Celebrant. Honorary Pallbearers will be all of Ed’s family and friends. Active Pallbearers will be Cody Lundquist, Elsie Lundquist, Joseph Lundquist, Leonard Lundquist, Curt Lundquist and Dale Lunquist. Interment to follow at the Rolling Hills Cemetery. Luncheon at the Rolling Hills Community Hall. In memory of Ed, if friends desire, memorial tributes may be made to either Brooks and District Health Foundation, Bag 300, Brooks, Alberta T1R 1B3 or to charity of choice. Funeral arrangements entrusted to: SMITH FUNERAL HOME LTD. AND CREMATORIUM BROOKS, ALBERTA. Condolences may be forwarded through www.sfh.ca Telephone 403-362-4636 or Toll Free (866) 362-4652 “Our Families Serving Your Family Since 1951”