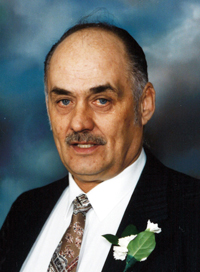 Aloysius Kondor, beloved husband of Jeannette Kondor, passed away in Lethbridge on Sunday, August 27, 2017 at the age of 79 years.

Relatives and friends are invited to Prayers at Southland Funeral Chapel, 5006 – 48 Avenue, Taber on Thursday, August 31, 2017 at 7:00 P.M. Condolences may be forwarded by visiting our website at www.southlandfuneral.com.

He was predeceased by his mother Teresa Baker, his father Martin Kondor, his brothers Steven Kondor, Joseph Kondor, his granddaughter Megan.

Al was born on June 13, 1938 in Medicine Hat and grew up on his family farm in Vauxhall until leaving to serve in the Canadian Air Force as an airplane mechanic. He served in the Forces until he returned to take care of the family farm after the passing of his father where lived the rest of his life and raised his family. The farm quickly became and remained one of his greatest sources of pride and he put all of his hard work into ensuring it thrived throughout his life.

Al took the greatest joy from supporting his children in all of their endeavors and extended that passionate interest to all of his grandchildren. As a father, Al spent his time actively involved in his children’s participation in 4-H, hockey and baseball and when he was not taking his children to sporting events, he was loading them into the van for one of many memorable family ski trips. As a grandfather, he shared the same interest and actively sought to be involved in each of his grandchildren’s lives and could be found in the stands cheering or on the sidelines encouraging at every given opportunity, be it to support academic, athletic or personal challenges. His warmth and humour were felt by all who had the opportunity to meet him and you could often catch him flash a peace sign as his favourite goodbye.

If friends so desire, memorial tributes in Al’s name may be made directly to STARS, 1441 Aviation Park NE, PO Box 570, Calgary Alberta, T2E 8M7 (www.stars.ca), a charity that Al greatly valued and was dedicated to supporting.

One Condolence for “AL KONDOR”