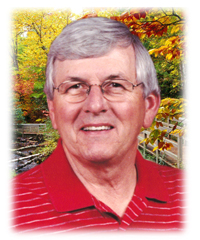 It is with heavy hearts that the family of Dale Critchlow, beloved husband of Betty Critchlow, announce his passing at the Medicine Hat Regional Hospital on Tuesday, August 29, 2017, at the age of 71 years. Dale was born August 24, 1946 in Portage la Prairie, Manitoba, a son to Walter and Winnifred Critchlow. He was raised in the small town of MacGregor where he received his schooling. As a young man, Dale moved to Medicine Hat where he began a long, successful career in the autobody industry. He mastered his craft and passed on his knowledge to others as he instructed new students in the autobody course at the Medicine Hat College for a span of ten years. Dale was also one of the owners of Hightech Paint and Collision for a number of years until he sold in 2004. At this time, he semi-retired and moved to Summerland, B.C. with Betty. In 2013, they moved back to Medicine Hat and was currently employed with Sonic Autobody. Dale was a kind and patient man who cared about the well-being of everybody. He loved to tell stories and intrigued all those who he told his stories to. Most of all, he was a dedicated family man… he looked forward to annual family camping trips and was his grandkid’s biggest fan! He loved to watch them participate in hockey, soccer, karate and dance. Dale also enjoyed curling and going for a round of golf. He will be deeply missed by his wife, Betty; children and grandchildren: daughter, Nicole (Trevor) Anhel – Myla; daughter, Tara (Doug Maerz) Critchlow – Cole and Taylor; daughter, Crystal Critchlow – Emma; son, Chuck Critchlow – Kylee; a brother, Ralph (Joan) Critchlow; sister-in-law, Cheryl Bitz and mother-in-law, Lydia McAndrews. He was predeceased by his parents, Walter and Winnifred. Those wishing to pay their respects may do so at Cook Southland Funeral Chapel, 901 – 13 Street S.W., Medicine Hat on Friday, September 1, 2017, from 7:00 to 8:00 p.m. A Celebration of Dale’s life will be held at Cook Southland Funeral Chapel on Saturday, September 2, 2017, at 11:00 a.m. with Major Murray Jaster officiating. (Condolences may be expressed by visiting www.cooksouthland.com) Memorial donations in Dale’s name may be made directly to the charity of one’s choice. Honoured to serve the family is

One Condolence for “DALE CRITCHLOW”